The forced closure of his business has left gym owner Callum Vine little choice but to use what's at home to help him work out.

But for the former bodybuilder who's used to lifting 320kg during his daily sessions at Bodyworks in Deal, a mere can of beans or plant pot wasn't going to cut it.

Instead, the dad-of-one has been using his two-year-old daughter Winter's play equipment - and the little one herself - to keep him in shape.

In an imaginative video shared with his members on social media, he is seen lifting a ladder with a child's play car and entire swing balanced on either end.

He also uses the lid of his barbecue to exercise his shoulders.

The session's made complete with 'bicep curls', again using the car but with his giggling daughter inside.

Mr Vine said: "Over the past few days I’ve been inspired by my members makeshift gyms at home and thought I would give it a go and try to make people laugh during this tough time.”

Mr Vine, 25, is a former Dover Grammar School for Boys pupil who was once an Under 18s British Champion in Powerlifting and holds British records.

He then moved towards bodybuilding where he was named Under 20s South Coast UK Champion at a British Natural Bodybuilding Federation (BNBF) and Under 23s UKBFF South Coast Champion.

He took over the Deal gym in September 2016 and has built up a loyal group of members of all ages and goals.

He was forced to close the doors on Friday evening following Prime Minister Boris Johnson's announcement.

He had kept it open until then not only as a business decision but also to keep a level of normality in people's lives. 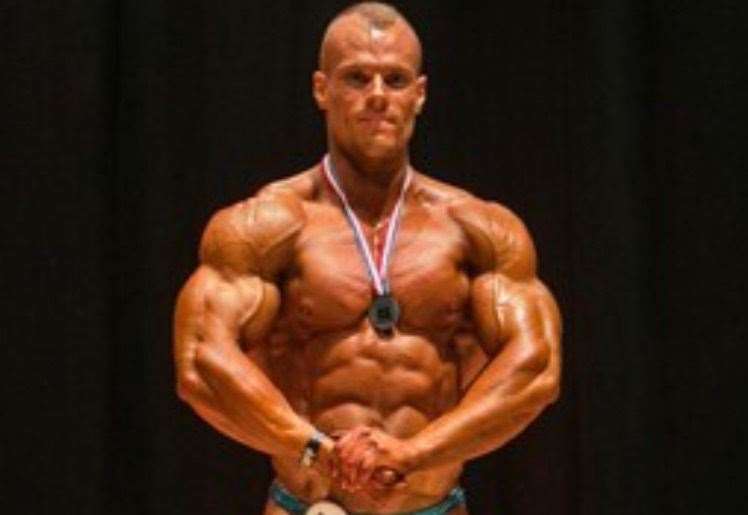 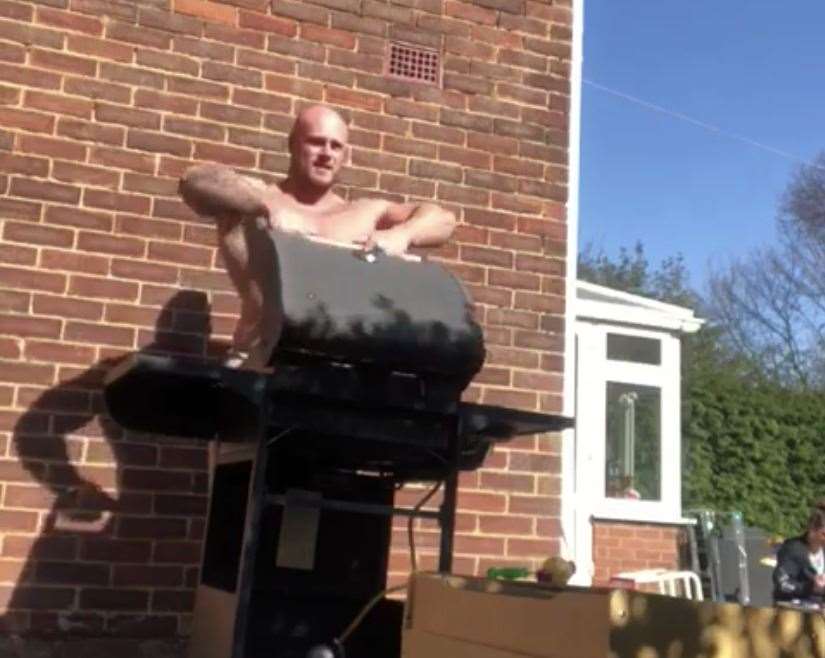 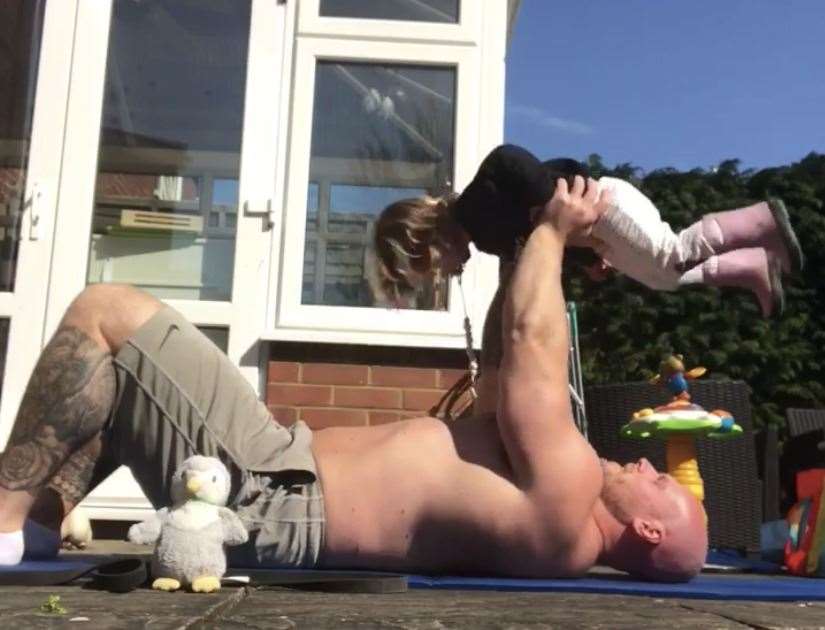 On closing, he said: “It’s an unfortunate situation for everyone but we must do what is necessary and it won’t be long until everyone is back training together.”