Builder Garry Begg went out into his garden early this morning with his DJI Mavic Pro 2 drone to capture the peaceful and serene setting from the air.

And the jaw-dropping images he took have already amassed heaps of praise from his friends on Facebook.

Mr Begg is a licensed and insured drone pilot.

The Albert Road resident told the Mercury he uses his drone to take before-and-after pictures of the work he does transforming people's gardens for his business GBS Brickwork Garden Design Brickwork & Patio Specialist.

He added: "I put it up this morning at about 7.30am to get some shots, I sometimes get pictures of the beach, golf course, Kingsdown cliffs and the pier. 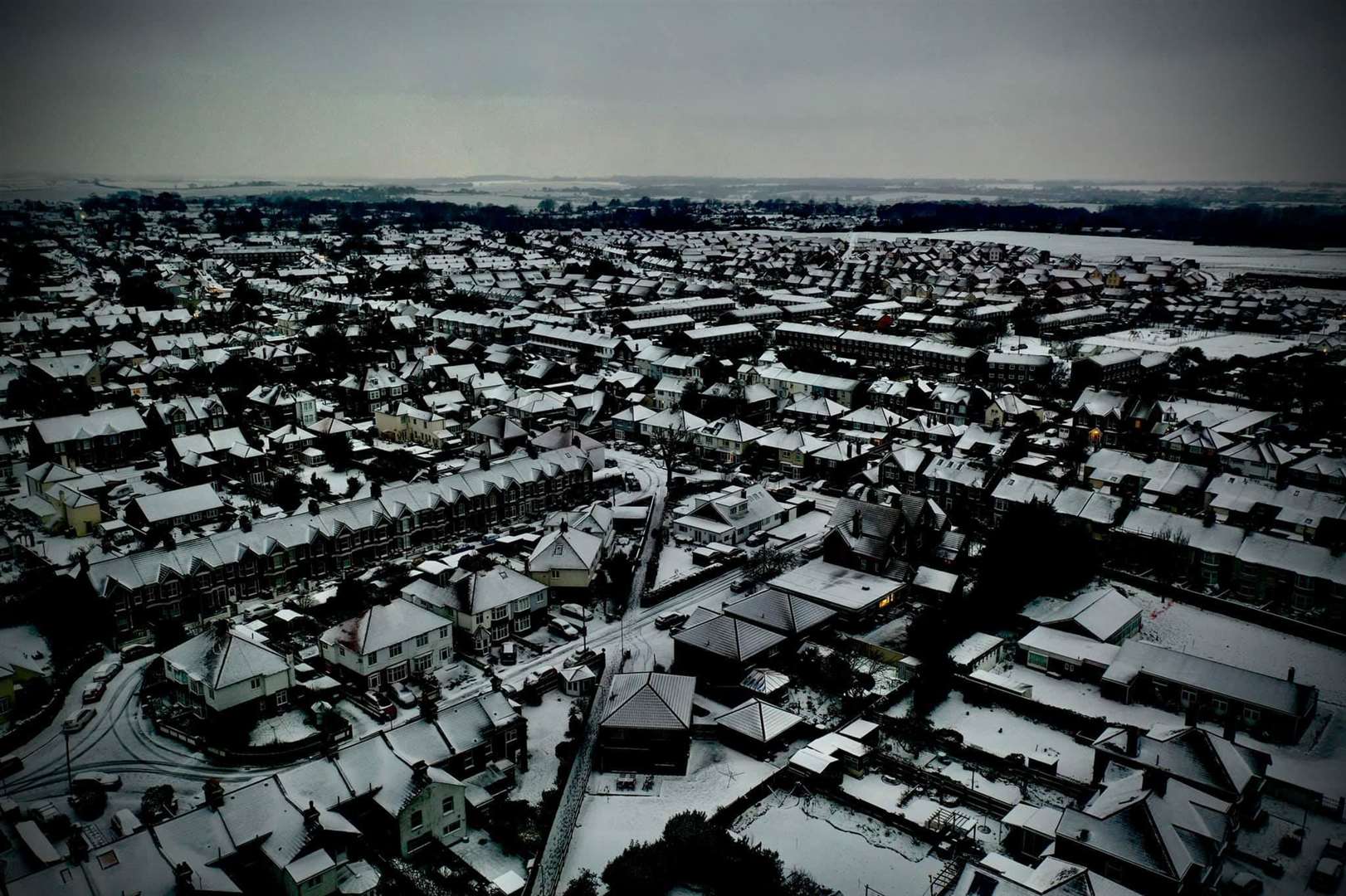 "I thought I'd go out this morning and do the same before the snow clears up."

The pictures show the seafront and the streets around the town. Some of the many landmarks captured include Deal Pier, the Timeball Tower, Aldi and Betteshanger Park.