Fifty tireless campaigners made their way to Parliament in the fight against controversial plans to build a 860-acre solar park on beautiful countryside.

MP Helen Whately had secured a debate in the House of Commons for Monday to protest the proposed Cleve Hill Solar Park on Graveney marshes, but it was postponed.

She instead arranged a meeting for campaigners - many of whom were from the Great group (Graveney rural environment action team) - with environment minister Zac Goldsmith in a committee room in Parliament.

He listened to the concerns raised by Mrs Whately and protestors, including fears of the landscape being destroyed, wildlife bring driven away, and the noise during and after construction.

In May, a government-appointed inquiry into plans to build what would be Britain's biggest solar farm began, which is due to come to a close in November.

If approved, solar panels the height of double decker buses would be erected across an area in Graveney the size of 700 football pitches.

Proposals have been met with almost universal opposition since being tabled. At the gathering on Monday, campaigners brought a to-scale model of one of the raised platforms needed to support the solar panel, to demonstrate the sheer size of the development.

"It was fantastic to see so many campaigners in Westminster - and a sure sign of the strength of feeling locally about the solar power plant," Mrs Whately said.

"Our meeting with the minister was a great opportunity for people to put their concerns directly to him.

"Tackling climate change and helping our wildlife are vitally important, but they need to happen together. If we trash our landscapes and drive away wildlife in our efforts to tackle climate change, then what good have we really achieved?

"We should be building solar power plants in industrial areas, making use of land that is already developed - or at the very least, not precious and rare habitats like marshlands.

"People nearby know that there is an alternative vision for Gravaney marshes. Returning them to wetland habitat of centuries past, they could support many more rare species and lock away hundreds of tonnes of carbon. 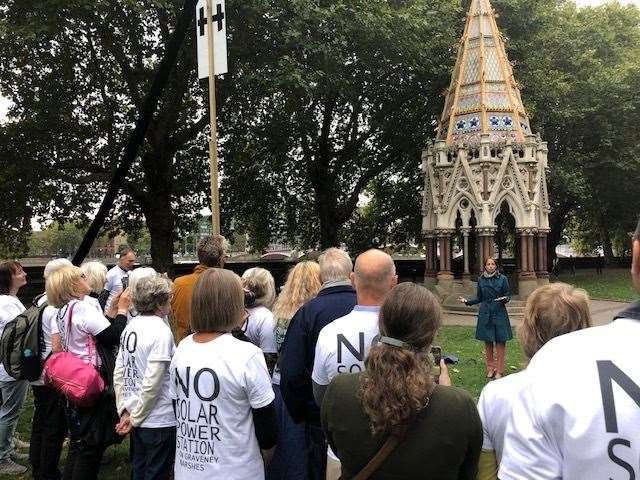 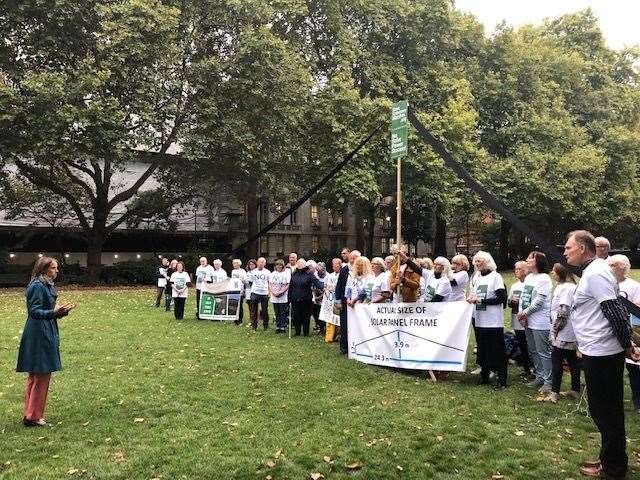 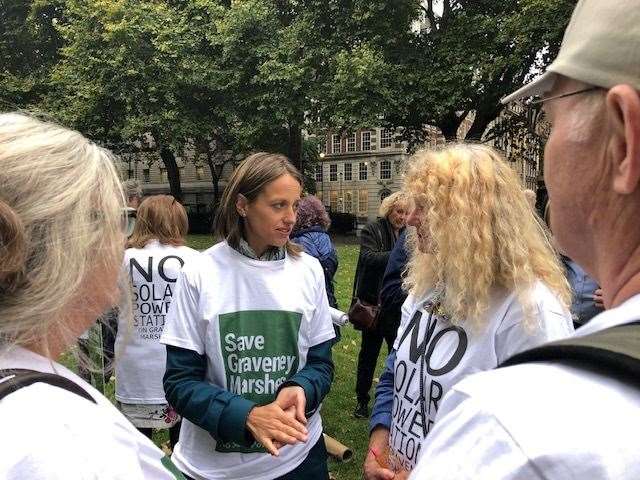 "I am frustrated too that people feel they haven't been listened to in the planning process so far.

"The Minister definitely heard their arguments - and I'm going to try to get the debate scheduled again when parliament returns in October."

Read more: All the latest news from Faversham