Landowner lodges challenge against bid to save fields development

Landowner lodges challenge against bid to save fields development

Art attack! Triennial gets under way 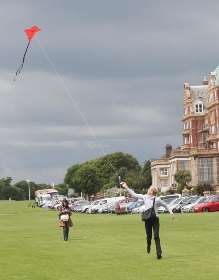 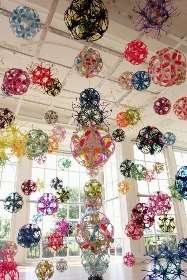 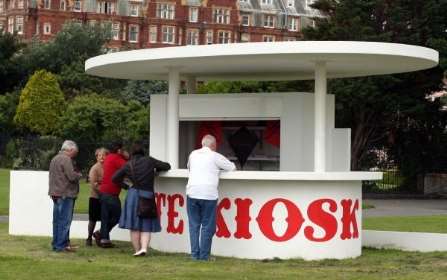 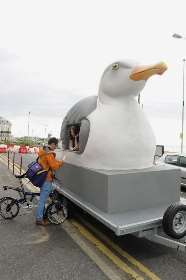 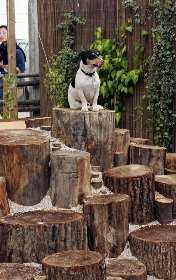 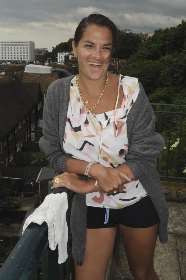 Hundreds of people from all round the world have been coming to Folkestone for the first Triennial festival of contemporary art.

Years in the making, the festival features 22 major projects from some of the world’s top artists.

Folkestone philanthropist Roger De Haan was visibly excited about the turnout, with arts luminaries from places as diverse as Moscow and Latvia arriving at the harbour, not to mention media ranging from the New York Times to French television, and of course the Kentish Express.

Artist Tracey Emin, whose bronze baby clothes are a notable part of the festival, said: "It’s early June and there are more than 500 people here. How many people do you usually have at this time of year? Every weekend you are going to have people visiting Folkestone, discovering the shops, the little restaurants, and the lovely architecture.

"It’s really brilliant for Folkestone and the South East. It’s also a good idea for anywhere in England that has been run down and needs help.

"It’s about ideas and generosity – you don’t need money to walk around looking at sculptures."

The works of art are spread from the West to East of the town, from the Metropole to the Harbour, with many local people involved.

Mr De Haan, whose Creative Foundation helped organise the Triennial, said: "Many of the local artists have been working with us, and local schools. It has been a strong collaboration. A lot of the pieces are extraordinarily imaginitive and many of the artists have interpreted Folkestone in a creative way."

As well as the Creative Foundation, money and help for the event has come from The Henry Moore Foundation, Shepway District Council, The Arts Council, and of course the Roger De Haan Charitable Trust.

For full story and more pictures, see the Kentish Express