Forget watching Indiana Jones for the 100th time this Christmas. Doug Chapman and the Quest for the Lost Village of Dode is the new archaeological thriller we've been waiting for to liven up 2020, and it's being played out in real time in a field near you.

Well sort of near you. Finding the mysterious village of Dode, tucked away somewhere at the back of Holly Hill, down a track near Luddesdown, down a country lane from Cuxton, has always been something of a challenge, not least because the village doesn't actually exist anymore.

With its population wiped out by the plague in the late 1340s, the village of Dode had practically disappeared by 1367, when the Bishop of Rochester Thomas Trilleck, officially closed the parish writing: "The said Church of Dode was altogether destroyed and deserted, and no parishioner thereof inhabits or for 15 years has inhabited the parish."

Only its Norman church remained, but having been deconsecrated, was left to fall to wrack and ruin, a crumbling relic of a lost world.

By the 1760s Dode Church, roofless and overgrown, looked destined to turn to dust, and was left to crumble for another century and a half before George Arnold, a local antiquarian and mayor of Gravesend, bought it in 1901 and set about having it restored.

But by the 1990s – despite having been returned to the Catholic Church in 1954 and rededicated as the Church of Our Lady of the Meadows – it had fallen once again into disrepair; vandalised and by this point home to only drug users and the occasional amateur satanist.

Enter Doug Chapman, like Indy himself – on a mission to recover Dode's lost glories, whatever ghouls, living or dead, stand in his way.

A former Page and Wells building surveyor and self-confessed history fanatic, Doug spent years restoring the dilapidated shell of a church he bought in 1990, and began hiring it out for weddings, pagan handfastings and baby-naming ceremonies.

But while its reputation is now established as a preserved historic landmark and wedding venue, Doug's mission is not over, and this time he's after the lost village itself, or at least a bit of it.

The route to the lost village of course, as any fan of Indiana Jones might guess, lies via a burial chamber. But curiously this burial chamber isn't centuries old – and in fact it doesn't even exist...yet.

Confused? You should be. This is a spooky historical thriller.
Put simply, Doug's latest plan is to build his own columbarium – a place to inter ashes – in the style of an ancient prehistoric burial chamber, or 'long barrow'.

The barrow itself is a way of extending Dode's function as a religious centre in a manner which harks back to times more ancient than the church itself but the hope is that in excavating the barrow site, archaeologists will be able to uncover some real physical evidence of Dode's past.

"It's exciting," said Doug, this week. "In building the columbarium we're digging a great hole to find out if we can learn anything at all about the lives of the people that were here.

"We just don't know what we'll find. There's so little known about Dode, all you can say is you take every opportunity you can to see if we can learn anything."

Doug, who has always styled himself as a "gatekeeper" rather than the owner or Dode, hopes the excavation work might unlock successive gates to any number of historical eras.

"Possibly Neolithic," he adds. "More than likely neolithic. Certainly Roman and Saxon. The name Dode comes from Duda, who was a Saxon who gave his name to the area. He was just a settler, a bloke like me that just happened to be there at the time. Duda lived there so the whole area became Duda's land. That eventually changed into Dode.

"What we're looking for in the valley (the site of the columbarium below the church) is more likely details of the medieval village, and in the lower layers something pointing to the prehistory.

"We don't know what, but we've got the opportunity to find out."

And his hope is that in building a barrow which could contain up to 350 urns, he can bring Dode and its 'virtual village' closer to the past in a spiritual sense.

"The way we see this is we will be able to intern some ashes on site, and that will bring us back to being a church again," added Doug. "Over the last 20 years it's gained a reputation as a wedding venue but I want it to be a place that celebrates the circle of life – birth marriage and death.

He added: "It's a pure modern recreation of a neolithic long barrow. If you got to West Kennet long barrow in Wiltshire you walk in and it's essentially the same – it's a passage which leads off to where people were interned. It comes from the idea of going into the earth.

"I've already had quite a few people asking for a space, which is great. It means we're doing what we've set out to do."

Of course, just as in any Indiana Jones film, there are obstacles and foes lining the way but instead of booby traps and snakes, Doug has had to navigate administrative hurdles and opponents armed with paperwork.

While the columbarium plan has been granted approval by Tonbridge and Malling Council, opposition came from Gravesham council – which cited potential harm to the Green Belt – and Luddesdown Parish Council which "strongly opposed" the plan as it would lead to "further erosion of the quality of the tranquil environment of the area by virtue of increased visitor usage and associated traffic."

Thankfully support came from residents, along with others who had been married at the church, and crucially from Historic England which stated the plan would not cause harm to the site or to the wider Kent Downs. 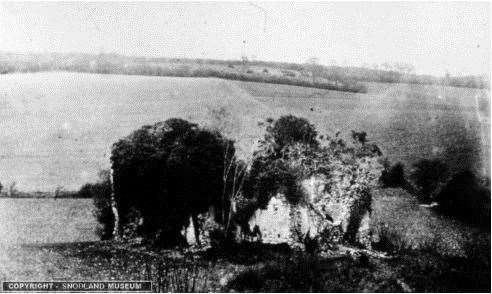 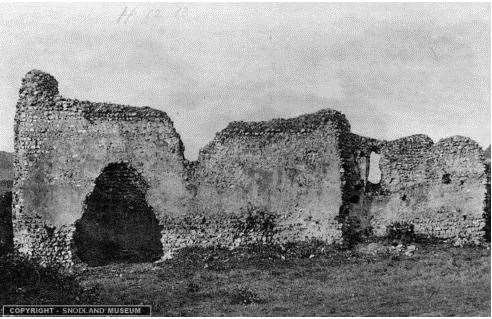 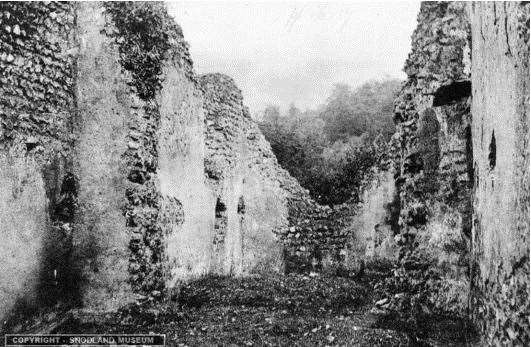 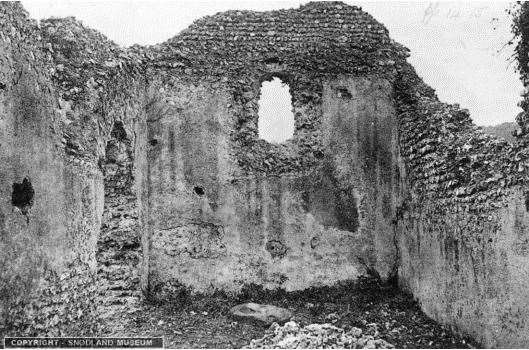 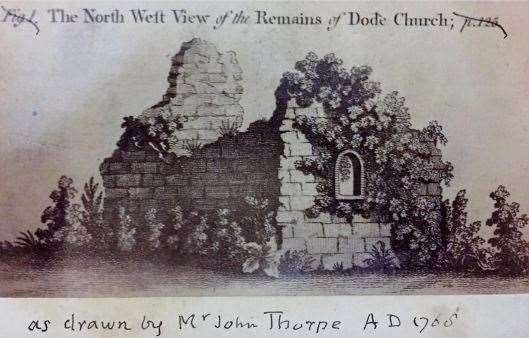 And Doug remains confused as to why opponents can't see his efforts are preserving the nature of the site.

"You would think, as it was a ruin when I bought it, which was used as a drug den and was used for satanic rituals, you would think the local councils would be pleased, but they're a bit thick. I don't mind upsetting them!

"It's so silly that after 30 years they're trying to stop what we're doing. We've got so many people in our virtual village they won't be able to."

Even now, with approval granted, he says the project is being delayed by Tonbridge and Malling Council, which won't currently let archaeological work proceed.

"We want to get on with it, but it's frustrating," he added. "The local authority's paying me to keep Dode closed. We could actually be keeping people employed here – we could have archaeologists working here on site, builders working here. It's not as if there's anything controversial in what we want to do.The archaeologists are ready.

"l am able to give employment (in Covid acceptable conditions) to a number of people if only the local authority could take the trouble to read two short documents instead of threatening me with enforcement action and claiming that they require eight weeks to read them."

A spokesman for Tonbridge and Malling Borough Council said: "The council is currently formally assessing details of an archaeological field evaluation submitted pursuant to a condition imposed on planning permission TM/20/01318/FL (the construction of a circular semi-submerged enclosed columbarium within the grounds of Dode Church).

"The details were submitted to the council on December 15 and require careful and thorough assessment and formal consultation with Kent County Council. Once this assessment has been completed a decision will be duly made."

At least there aren't any snake-filled pits or falling boulders to contend with.

Not yet anyway. Perhaps that could be a plan for another time if Doug decides to extend the barrow and a new set of foes try to stop him.

Read more: all the latest news from Gravesend