A road will be closed for atleast three weeks after a huge sinkhole opened up, believed to be linked to a burst water main.

The gaping hole, which one resident estimates to be around 12ft deep, first appeared in Milton Hall Road, Gravesend, on December 12.

It was brought to the attention of Kent County Council last month who then instructed Southern Water to inspect the area for evidence of a burst water main.

However, the utility company was unable to identify any issues with its "network" and the incident was handed back to the authority.

But passer-by William Carter says the chasm has since expanded, swallowing up the path and even "opening up into neighbouring gardens".

He said: "I believe it will all be removed Monday onwards, however, the subsidence is getting worse."

It's not the first time the road has faced such issues, with large pot holes appearing "in 1953 and then again in 2005", he added. 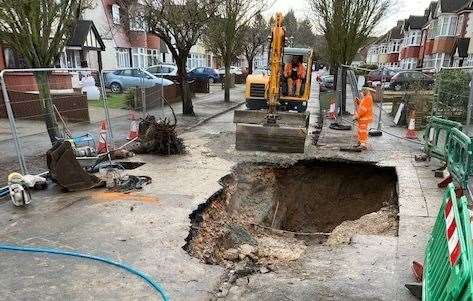 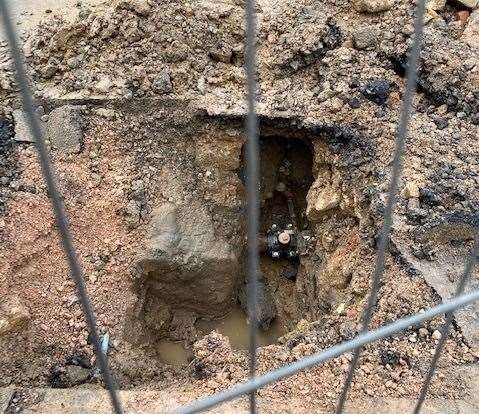 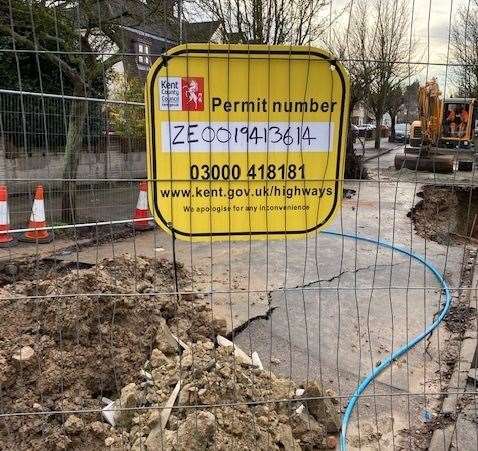 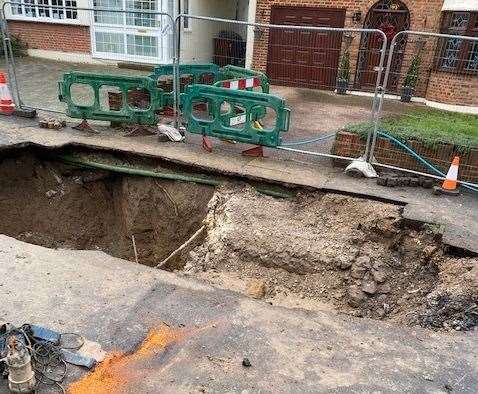 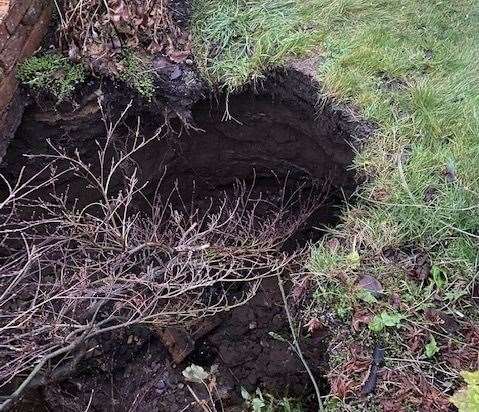 KCC has now cordoned off the street "due to a void in the carriageway".

It will remain closed for up to three weeks while the authority carries out repair works.

All traffic has been advised to take alternative routes via Milton Avenue and Old Road East.

“Utility companies have now confirmed following extensive surveys that there are no issues with their apparatus and we are on site to repair the road.

“This is due to be completed within the next few weeks.”

Spokesman for Southern Water Simon Fluendy said they had been working in close cooperation with colleagues at KCC.

He said: "We do have assets in the area and where a problem is suspected we will always investigate to ensure our customers are served, the environment protected and the integrity of other public infrastructure maintained.

"In this instance there was no issue with our network.”