Big operation for Tiny the Lion at Maidstone vets 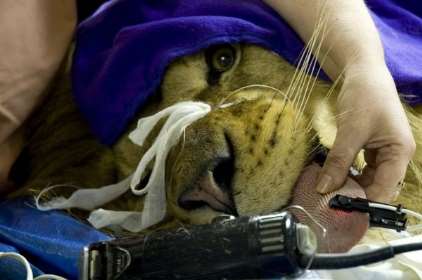 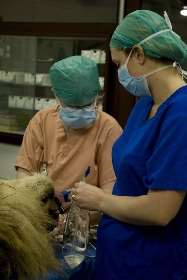 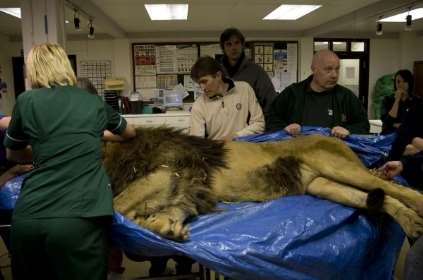 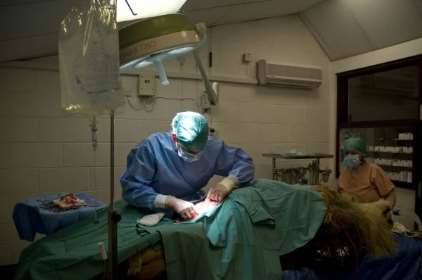 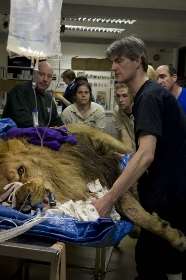 His name may be Tiny but he weighs in at around 200kg and is king of the jungle.

But Tiny the African lion was at the mercy of modern medicine after getting a lion-sized hairball stuck in his stomach.

Tiny, who lives with his two brothers at the Wildlife Heritage Foundation in Smarden, had been taken seriously ill and was vomiting frequently when vets decided he needed surgery. He had to be anaesthetised using a dart and blowpipe by John Kenward, senior vet at Pets Ltd veterinary surgery in Bearsted Road, Weavering, Maidstone, to be brought in.

A three foot-long length of inflamed gut also had to be removed before Tiny was given five litres of fluid and stretchered back to his enclosure.

For the next few days, he was given medication daily, which was administered by being squirted into his mouth through the bars of his den when he opened his massive jaws to roar.

Maralyn Hawkins, from the surgery, said: “It was a life threatening situation for Tiny but fortunately he came through it well.”

She added that the number of staff watching the procedure had to be restricted because there was so much interest. “It isn’t every day you get an opportunity to see a wild animal up close.”

The vets at Weavering has a large animal unit. It also operated on a tiger last year.