Roundwell Park in Bearsted partially under water as flooding closes roads in Yalding, Aylesford and Tonbridge

Parts of a Bearsted building site for homes which got the green light despite grave flooding concerns are submerged under water.

Rain has lashed down throughout the day, with the Met Office issuing a yellow warning in Kent. 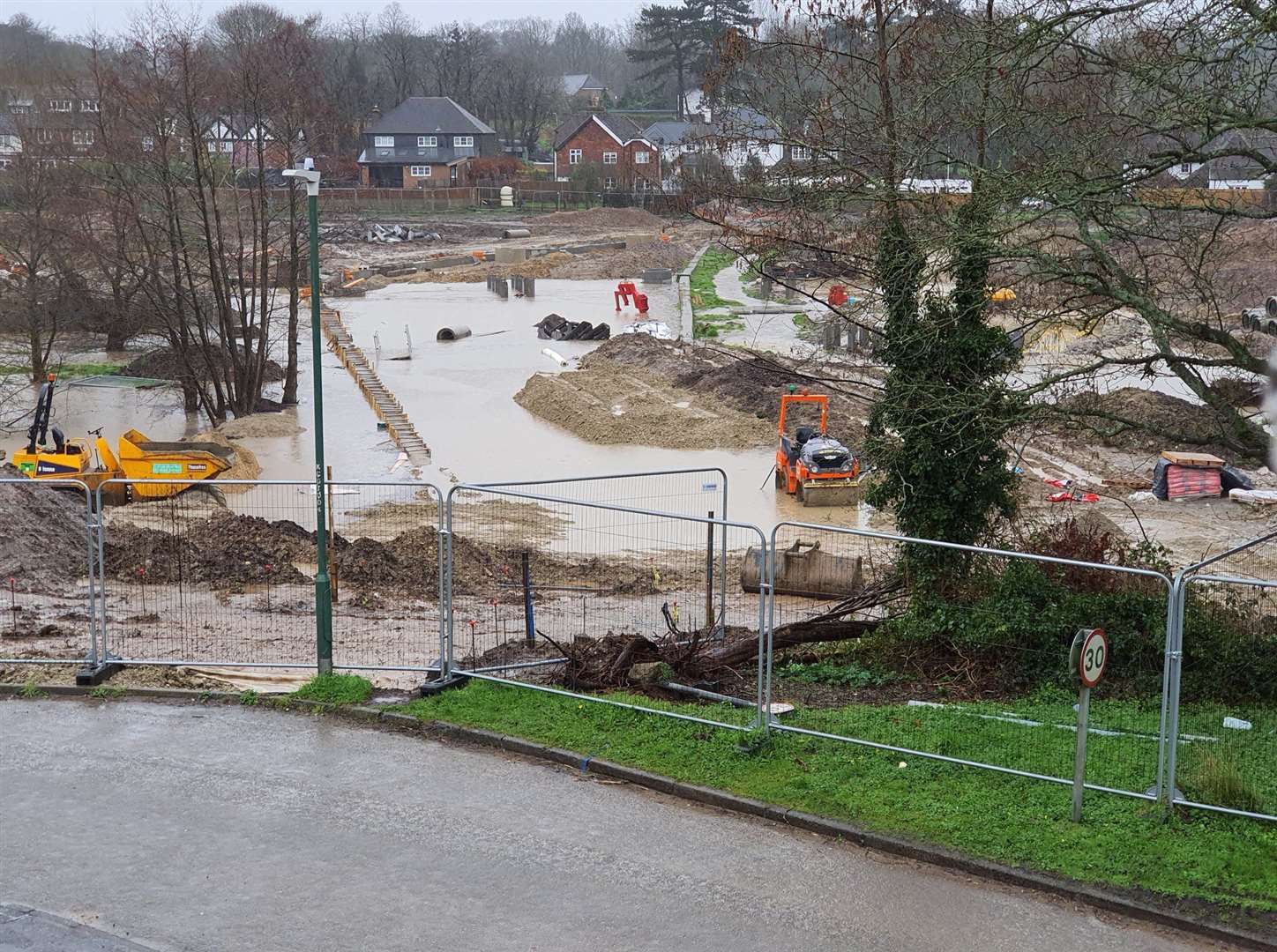 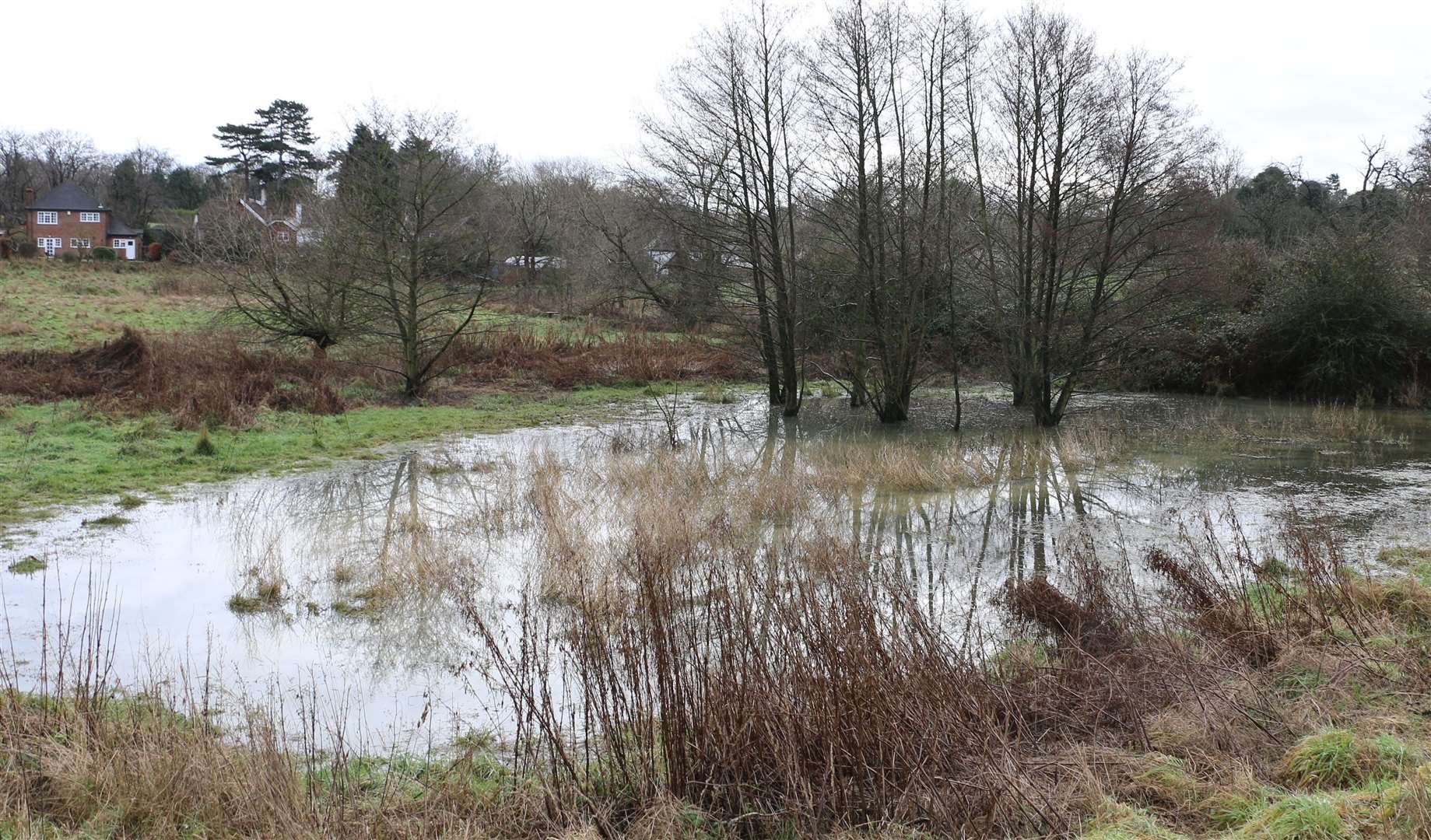 A picture submitted to the Kent Messenger shows equipment and the majority of the Roundwell Park building site, off Crosskeys, submerged, just as campaigners feared. The site is also know as Lilk Meadow or The Bogs.

Developers were given the go-ahead to erect 50 houses on the patch of greenfield land which was known to flood regularly, despite widespread condemnation.

Motorists should also expect delays this evening and the coming days, as roads around Maidstone close because of flooding.

The area between Beddow Way and Rochester Road in Pratling Street, Aylesford is closed until Thursday, March 11, because of the weather.

The B2162, Hampstead Lane, Yalding, is also shut between Station Road and Maidstone Road.

Meanwhile, Five Oak Green, in Tonbridge, has been closed from Redwood Park and Alders Road until Thursday, as well.