Bulldogs stolen from their home

School closed until next week after fire

Bulldogs stolen from their home

School closed until next week after fire

Work on the transformation of the M20 to create a smart motorway has been completed.

Drivers using the road between junction 3 for the M26 and junction 5 for Aylesford are advised to be aware of the changes to the 6.5 mile stretch of the motorway.

The £92 million scheme has seen the hard shoulder of the highway converted into a regular traffic lane, with technology in place to monitor and regulate the flow of traffic.

This will create extra capacity on the motorway in this section, but safety concerns have been raised because of the risk of closing space to stop in the event of an accident or breakdown.

Earlier this year it was reported that the new smart motorway would not open to the public until a government safety review was concluded.

Tracey Crouch, MP for Chatham and Aylesford, has previously expressed her disappointment at the fact introduction of stopped vehicle detection technology on this stretch of the road could take three years.

Concerns about accidents and safety were raised after figures showed there had been 38 deaths on smart motorways in five years.

This morning Ms Crouch once again stated her concerns about safety on the motorway and promised she would keep fighting for additional safety measures.

She said: "I am disappointed to see that the new stretch of smart motorway on the M20 has opened this morning, before the extra safety measures to detect stopped vehicles in live lanes have been fitted.

"It is fortunate in many respects that it is being done at a time with less traffic on the road but I still fear for the future. In the meantime I will continue to campaign for the technology to be installed as soon as possible."

In a statement announcing the opening of the M20 section, Highways England said: "Last month the Secretary of State for Transport announced an action plan on smart motorways. 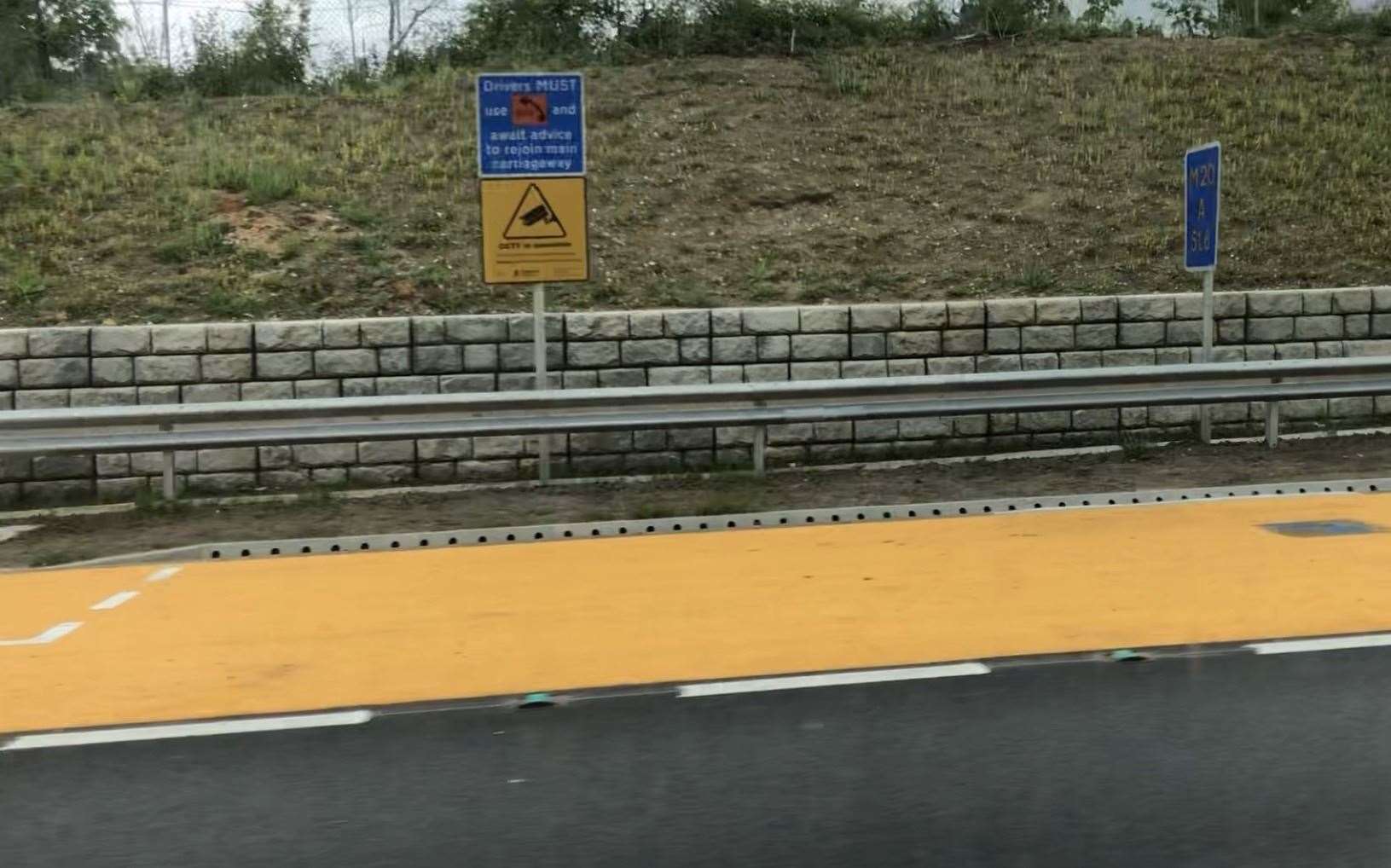 "Highways England is taking forward the measures the Secretary of State for Transport set out and will be improving further its information to drivers to help them be safer on all its roads, including the smart motorway network.

"Remember, most breakdowns are avoidable and simple vehicle checks can help you have a safer journey. Check your tyres, fuel, oil and water. However, if your vehicle appears to have problems or is damaged, always try to exit the motorway in the event of a breakdown."

As the hard shoulder is being converted into a traffic lane on this stretch of the motorway, Highways England says it is creating five emergency refuge areas where it will still be safe to stop.

Tonbridge and Malling MP Tom Tugendhat said: "An extra lane should reduce congestion in the whole area, especially on the A20 where residents have had to put up with the impact of speeding vehicles and HGVs for so long.

"However safety for road users or nearby neighbours through increased pollution is also crucial. I’m pleased that the Government review has led to additional safety measures, including a smaller distance between refuge areas, and trust that these will be delivered still."