The hopes of scores of young footballers looking forward to getting back on to the pitch again at the end of this month have been crushed.

Vandals smashed the goalposts at Lordswood Football Club's ground and have also ripped up fences and netting and damaged the dug-outs.

The £2,000 wrecking spree on Monday night means the club's youth teams with up to 80 players will not be able to return to their beloved game once long-awaited lockdown restrictions are eased.

Club chairman Glen Parkes is fuming about the vandalism which has struck at a time when sports clubs have been hit financially because of the pandemic.

He said: "This might have been five minutes of fun for them but for our lads they have ruined hours and days of enjoyment - and for what?

"We are a non-profit making club, we are here for the community, for the kids and those who come along to support non-league football."

The club, whose senior men's team play in the Southern Counties East Premier Division, shared images of the damage at the Martyn Gove ground on social media this morning. 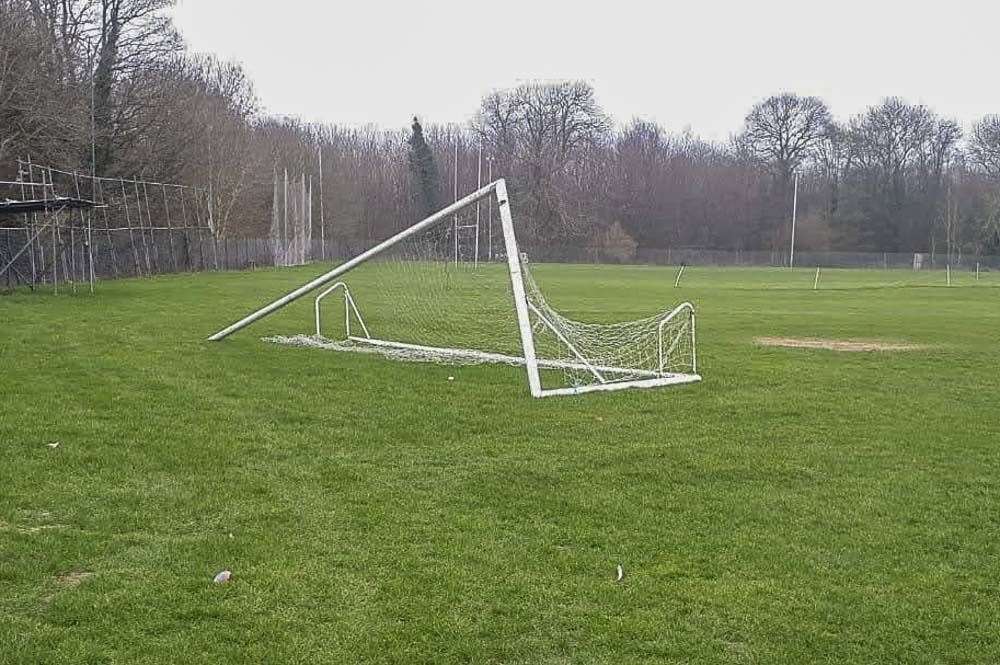 A statement from the club's committee said: "It is sad that we have to report that mindless vandalism has taken place at our ground. Damage has been caused to a goal and areas to our pitchside boards.

"In the current climate where there is no football and no income for us, it is an unwelcome intrusion which will cost money to put right."

A tweet said: "We try and provide a nice facility for our local community, it is so very disappointing that a mindless few do their best to ruin it for everyone else."

The venue is also home to Lordswood Cricket Club and Lordswood Rugby Cub as well as a petanque club.

Police spokesman James Walker said: "Kent Police has received a report of criminal damage being caused to a sportsground in North Dane Way, Lordswood. Screen netting, goal posts, advertising boards and synthetic grass is reported to have been damaged."

You can also call the independent charity Crimestoppers anonymously on 0800 555111 or complete an online form at www.crimestoppers-uk.org