Nurse's car in Gillingham damaged in hit and run

A nurse has been left without the use of her car after it was damaged in a hit and run crash.

Community nurse Shanice Collins had parked in Victoria Street, Gillingham, yesterday while she visited a patient, but returned to discover the vehicle badly damaged, with its driver's side door caved in and window smashed.

CCTV from a nearby property showed a dark car had driven into her white Ford Fiesta before leaving the scene at about 2.15pm.

"Me and my colleague came out and we realised my car had been smashed up," said Shanice, 23, from Rochester. "It was in a weird position and at first I thought 'god, did I park it like that?' Then we realised it had been pushed where it had been hit so hard. They drove off without leaving a note.

"I was in shock at first. I was just looking for a note."

She has since been quoted £2,000 for repair work, and is waiting to hear whether the car is a write-off. 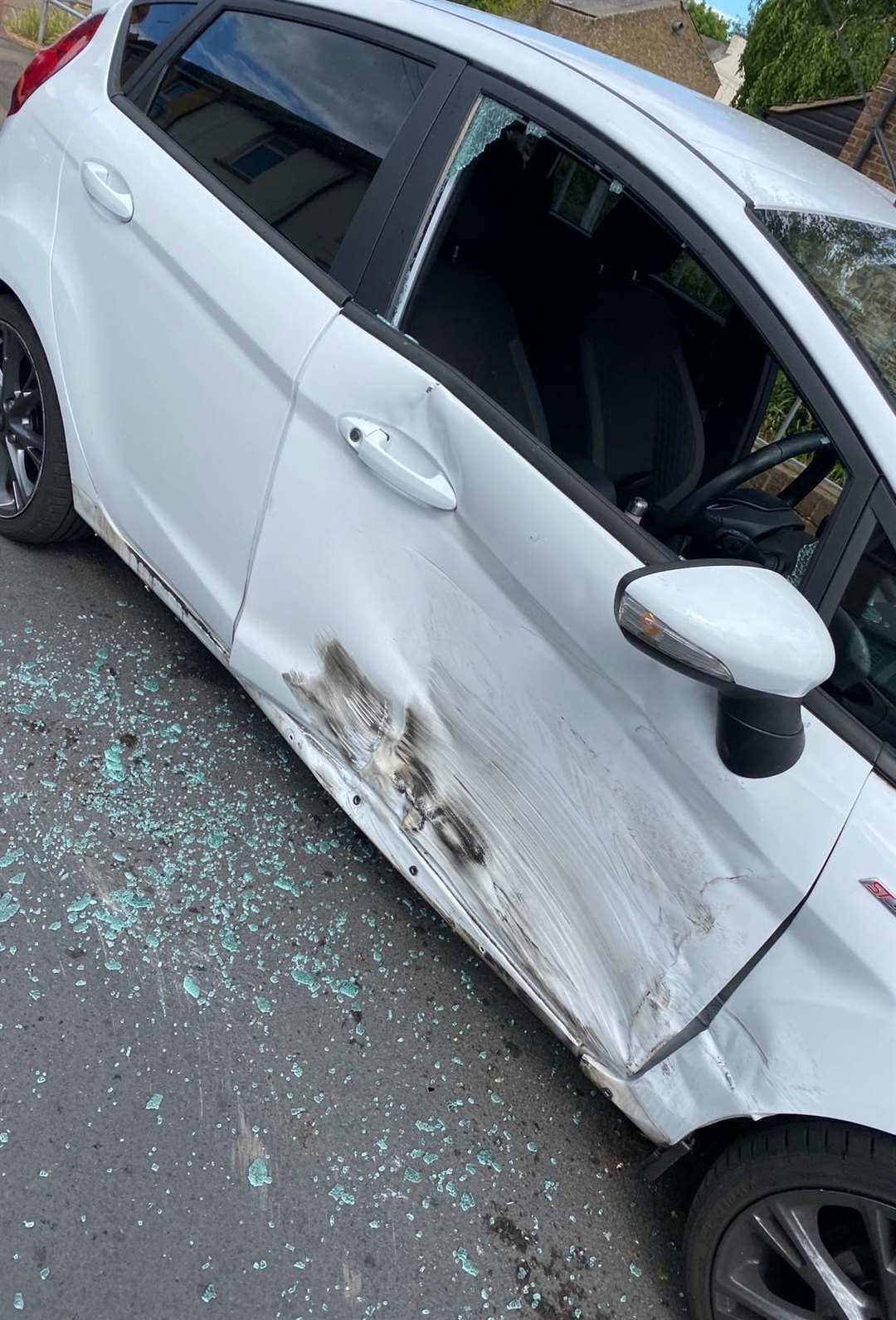 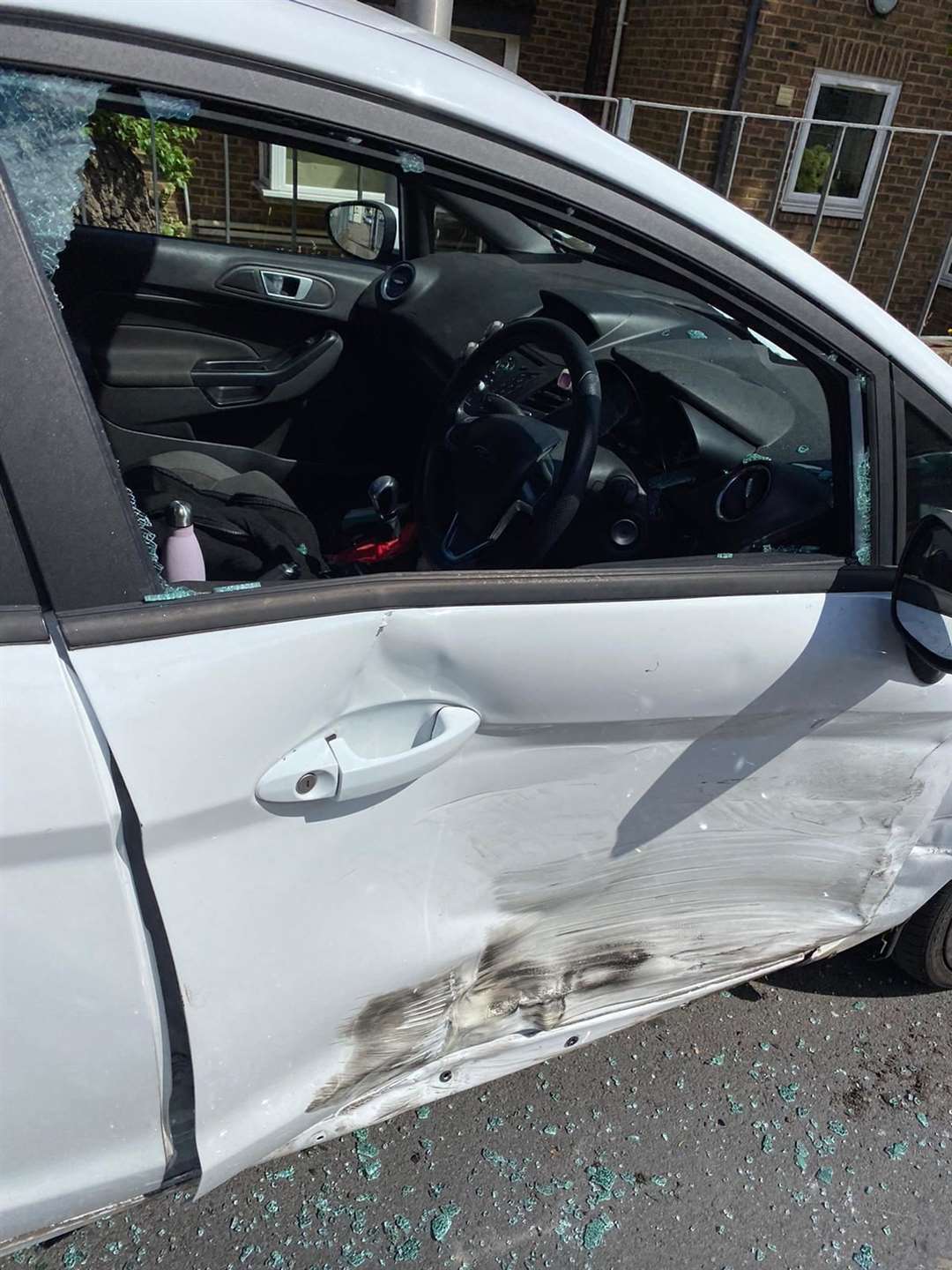 And she said the incident is also having an impact on colleagues and patients in what was already a stressful time.

"We haven't visited too many patients with coronavirus but it's been stressful," she said. "We've been very busy but we're always busy. I can't work at the moment without my car, so it's a bit of a struggle for the team.

"I'm so stressed, it's awful. It's so disrespectful to not even stop.

Black paint left on her car suggests a black car was involved, as does the CCTV although the footage is not clear enough to confirm.

"I watched the impact," added Shanice. "It was awful."

Kent Police confirmed they had received a report of the collision, and that damage was suspected to have been caused by another driver who failed to stop and report the incident.

Any witnesses or anyone with information concerning this incident should call police on 01634 792209 quoting reference 05-0784.