Ambitious multi-million pound plans to transform a disused office block in the centre of Chatham, have been unveiled.

Proposals to convert Mountbatten House into apartments include a rooftop dining space and a public plaza.

Medway Council's house-building arm - Medway Development Company (MDC) - has opened a consultation into its plans for the 12-storey building in Military Road.

The company wants to convert the offices into 164 apartment and build an extension, within which there would be a new entrance into the Pentagon Shopping Centre.

The apartments will have balconies and car parking spaces within the old bus station on the corner of The Brook.

The Brook Theatre would be connected to the site via a plaza; the ground level could include restaurants, pop-up kiosks, cafes and space for market stalls.

The council is preparing a compulsory purchase order for the site - planning permission will have to be sought ahead of this going through, which MDC is looking to apply for next month.

MDC director Cllr Adrian Gulvin (Con) says a price was agreed with the owner earlier this year, however, this was overturned when they wanted more money.

The company is anticipating the possibility of going to a tribunal in order to carry out the purchase order, but is hopeful construction could begin in the spring.

He says MDC is keen to get people's views and the plans, drawn up by Lyall Bills & Young Architects and C.F. Møller Architects, will make Chatham a "vibrant place for people to live, work, visit and shop".

MDC chairman Cllr Howard Doe was unable to provide an estimate for the cost of the purchase order or the project as a whole, but said if it was a case of the council going to court, it could prove expensive.

He said: "I think it's a very innovative design, it will totally transform the city centre. What they have done is turn a building that is a bit of an eyesore into something quite nice, so I'm very keen. 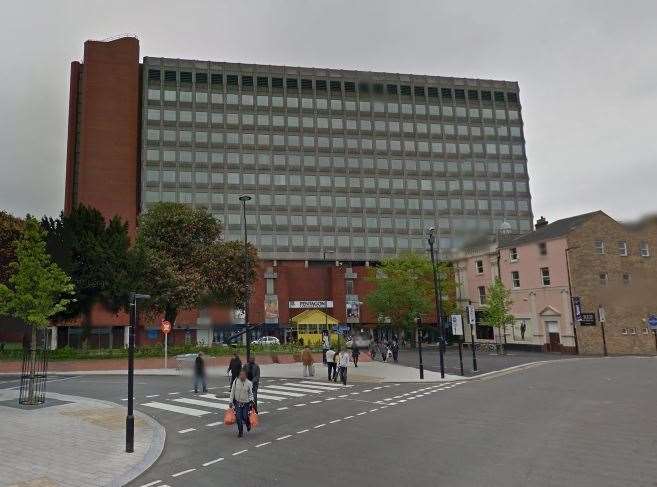 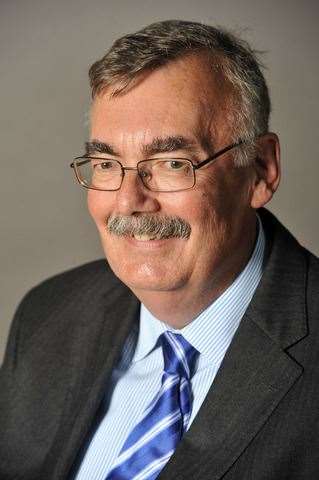 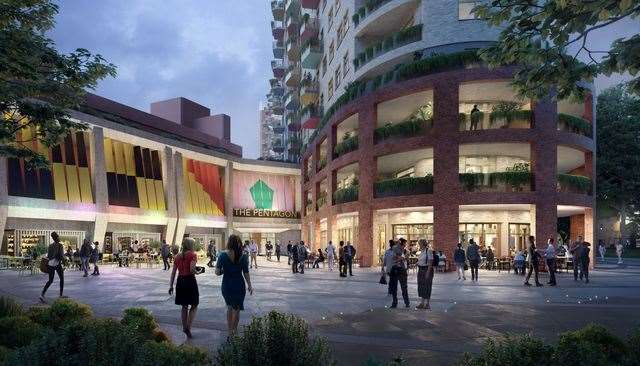 "Certainly we will make sure what we are creating is something people will like and take on any suggestions."

Mountbatten House, owned by Mapeley Gamma and built in 1975, used to serve companies such as Scottish Widows and Lloyds, but has stood almost empty for several years.

The redevelop would be one of several in the area with Globe Lane car park currently being converted into waterfront flats, as well as a block of 151 apartments on Whiffens Avenue.

In September, it was speculated Medway Council might quit its nearby headquarters and move into the building.

The consultation can be viewed here.