A former reality show star has placed thoughtful notes on a motorway bridge to try to deter people from jumping to their deaths.

Lacey Fuller, from Strood, made headlines in 2016 when she appeared on MTV's Ex on the Beach.

The former Strood Academy pupil, known to some as Pit-bull, landed a part on the dating show after being scouted at Maidstone's Gallery Nightclub.

The 22-year-old posted on social media saying she had visited the M2 motorway bridge with her sisters and friends to leave the positive messages.

All of the notes end with information on who to call if you are struggling.

Last month, MP for Chatham and Aylesford, Tracey Crouch, called for more suicide prevention measures to be put in place by Highways England. 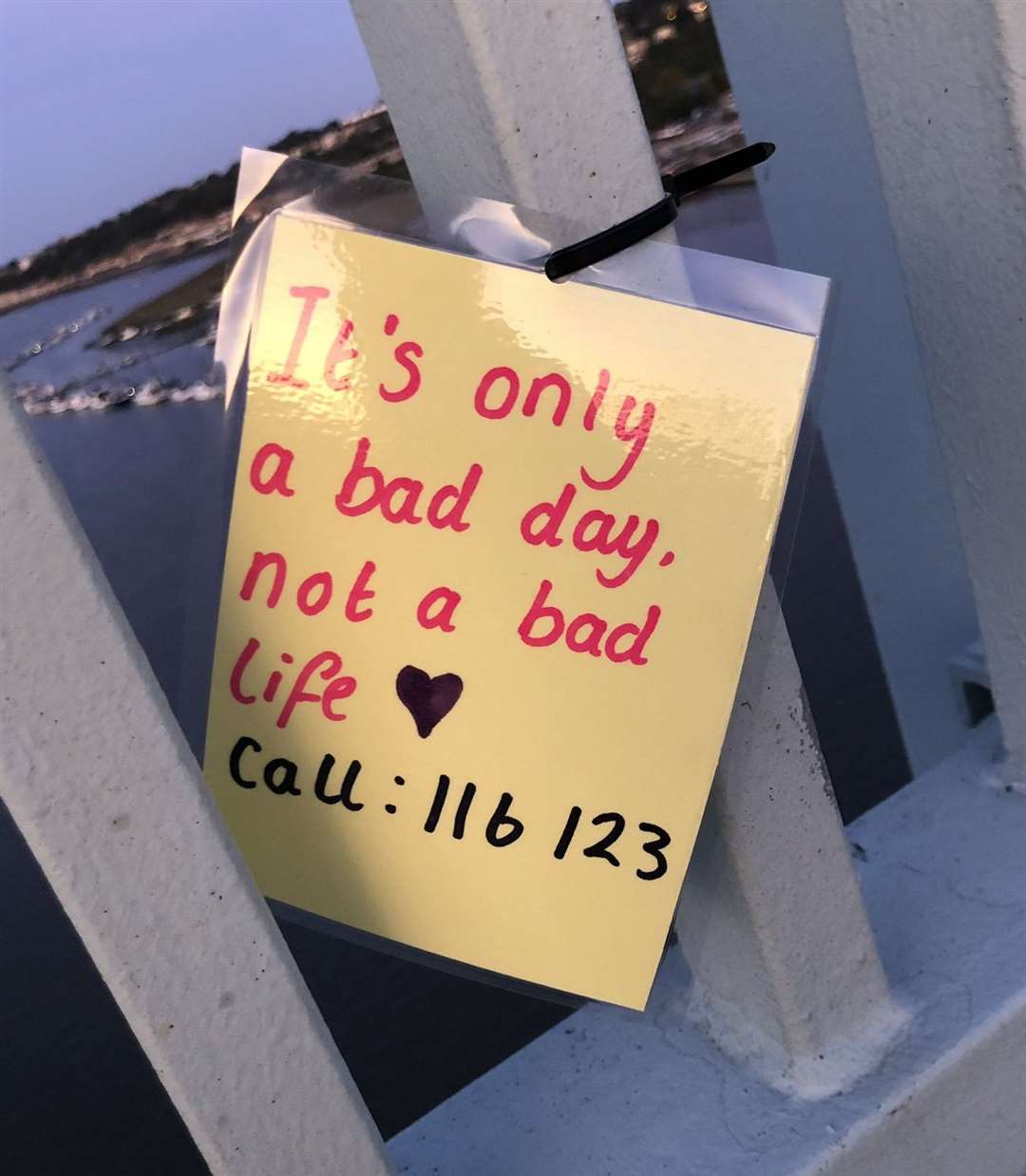 Miss Fulller wrote on Twitter: "In light of recent suicide awareness month, (World Suicide Prevention Day was September 10) me, my sisters and out friends have visited a notorious location and placed positive notes in hope, if someone is in that situation, it will change their mind."
"Let's all fill up the bridge."

Samaritans volunteer Georgina Laurie said: "I was tagged in a Facebook post and was just amazed at all the kind messages.

"I thought it was really beautiful that people would go out there and put their own messages out.

"Just a tiny little reminder like that really can make all the difference, I know because it did for me.

"I went straight back to the office and printed out more signs so we could put them across the bridge.

"I've been in contact with the girls who posted the messages and I know they are planning to write more and put them up."

The number of people taking their lives in Kent has increased for the first time in four years.

For confidential support on an emotional issue call Samaritans on 116 123 at any time.