A man is about to embark on a childhood dream to fly around the world.

Ross Edmondson, 35, is planning to spend the majority of the next 12 months up to 12,000ft in the air as he travels around the globe in a light single engine aircraft.

It has been an ambition ever since the former Tonbridge School pupil, who works as a project engineer in Iraq, did the same thing in a flight simulator as a teenager.

Scroll down to hear Ross speaking about the challenge

He will set off from Pittsburgh in America on Monday, May 6 and hopes to cover more than 40,000 miles in his 1981 Cessna before returning to the States in April 2020.

The challenge will be completed in six, one-month stints over the next 12 months with Ross also managing to jet back to Iraq for work in-between.

If successful Ross, from Sevenoaks, will be one of only 200 small aircraft pilots that have been known to have flown around the world.

Every penny raised from the flight will go towards the charity African Promise which was founded by one of Ross's school friends and works with primary schools in rural Kenya.

The charity currently supports seven schools, serving more than 2,500 disadvantaged children, by upgrading infrastructure, funding the salaries of extra teachers, and providing a daily lunchtime meal to every pupil.

The charity is currently raising funds for the reconstruction of an eighth school.

Ross said: “I attended secondary school with Charles, the charity’s founder, and watched with interest as he discovered his passion for Africa and developed the charity.

"In 2013, I had the opportunity to act as pilot on a four-month medical flight through Africa with a British Obstetric surgeon, visiting 26 African countries to provide medical training to combat maternal mortality in childbirth.

"This further developed my interest in Africa, and desire to do more to contribute to their development when the opportunity presented itself."

He added: “I am really looking forward to this adventure but it’s not without its challenges; small aircraft are very rare in most of the world and getting clearances to fly through many countries is a huge challenge.

"I’ll also have to face extreme weather conditions and in many of the regions I fly through, the available flight information is very limited, especially in terms of en-route weather, so it will be a constant challenge to avoid dangers such as thunderstorms.

"And finally, the length of some flights is daunting.

"From New Zealand to California I will have to island hop over long stretches with nowhere to land, the longest leg being 2,400 miles from Hawaii to California, expected to take around 17 hours.

"I will have to take off 10% over the aircraft’s usual weight in order to hold the extra fuel required and spend the next 17 hours over water and far from anywhere to land in case of emergency." 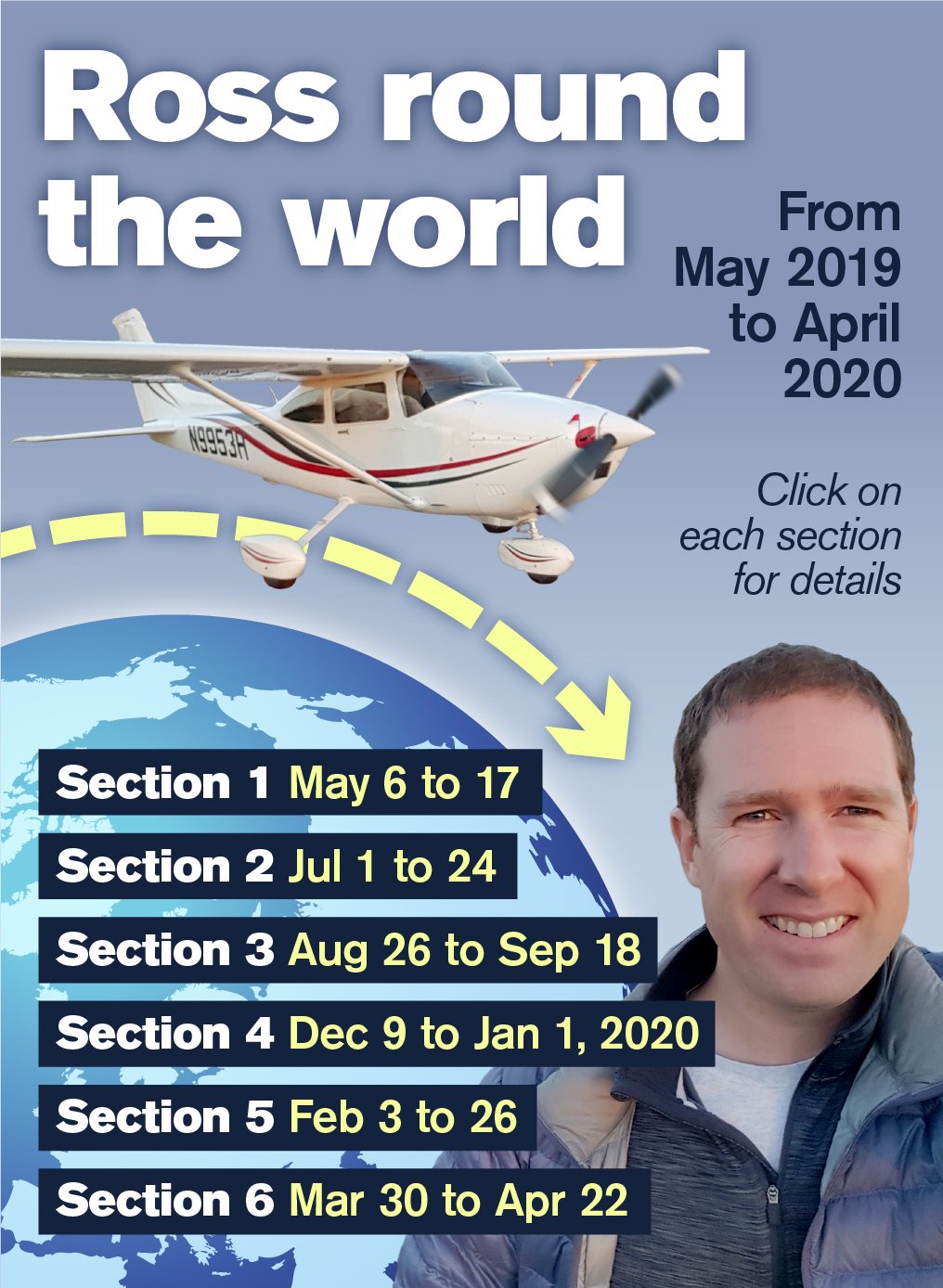 Charles Coldman, founder of African Promise added: “Ross has always had an adventurous spirit, even during our school days together nearly 20 years ago.

"We’d fallen out of touch since leaving school so I was surprised and delighted in equal measure when Ross approached me with his idea to use this challenge as an opportunity to raise awareness of and funds for African Promise.

"We have an ambitious challenge of our own over the next 12 months – to raise £250,000 to build a new school for 600 children – so I hope Ross’s family, friends and the wider aviation community, will give wings to his fundraising efforts and help us make this new school a reality.”

Ross's plane will be kitted out with technology so you can follow his progress.

Click here to donate to the African Promise charity.