McLaren supercar trashed in parking blunder in Sainsburys at Sevenoaks

A £157,000 McLaren super sports car has been trashed in a parking blunder.

The 570GT Coupe - capable of doing 203mph - was stationary at the time of the accident in the car park at the Sainsburys store in Otford Road, Sevenoaks .

A young man driving an Audi tried to park in the space next to it. But he misjudged the width, and the car began running up the side of the low-slung McLaren.

It continued to move forward until it flipped over onto its side trapping the driver inside.

Two fire crews had to attend the scene and used ladders and small tools to extract the driver from the vehicle, when he was then assessed by paramedics at the scene. The police were also in attendance.

Fortunately there was no-one in the McLaren at the time of the accident which happened at 2.40pm yesterday afternoon. 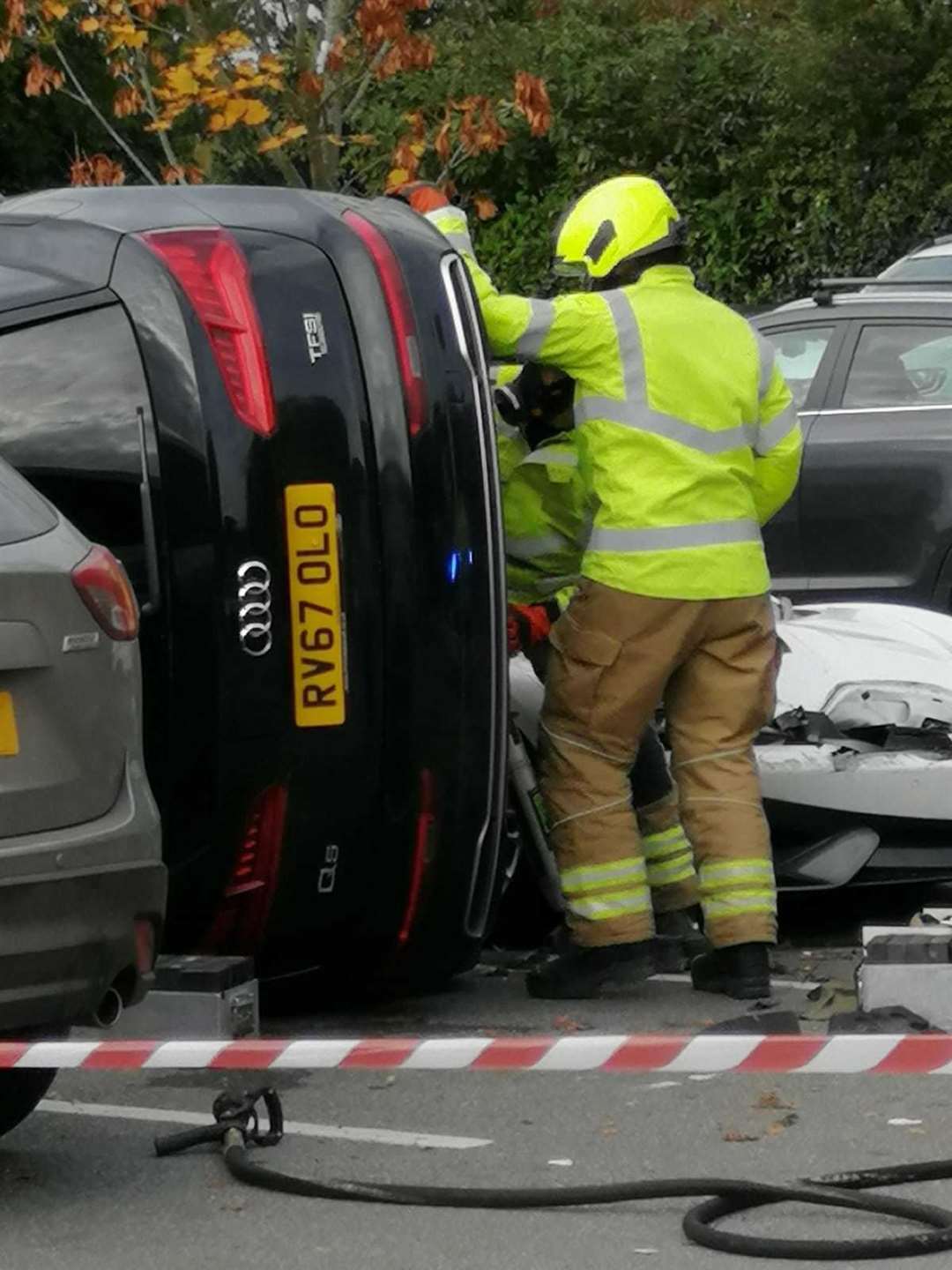 Police said there had been no injuries sustained. They said the Audi driver had not been charged with any offence and the incident was now being treated as a civil matter.