Fire at Saffron Indian Restaurant and flats in Leysdown-on-Sea

Dramatic pictures show the moment flames tore through flats above an Indian restaurant.

Five fire engines were sent to tackle a blaze at Saffron Indian Restaurant, in Leysdown-on sea, and the residential properties in the early hours of this morning. 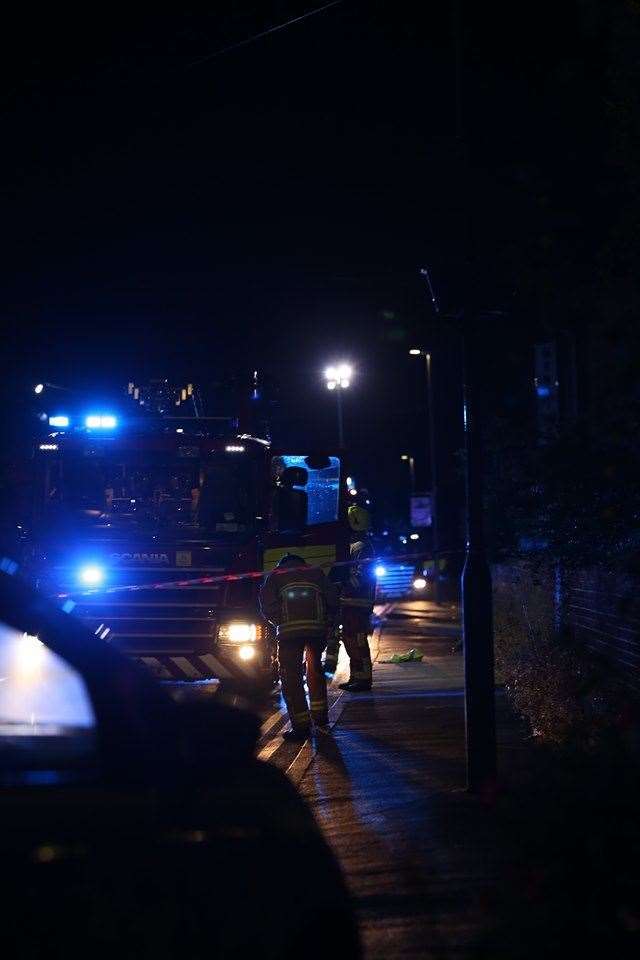 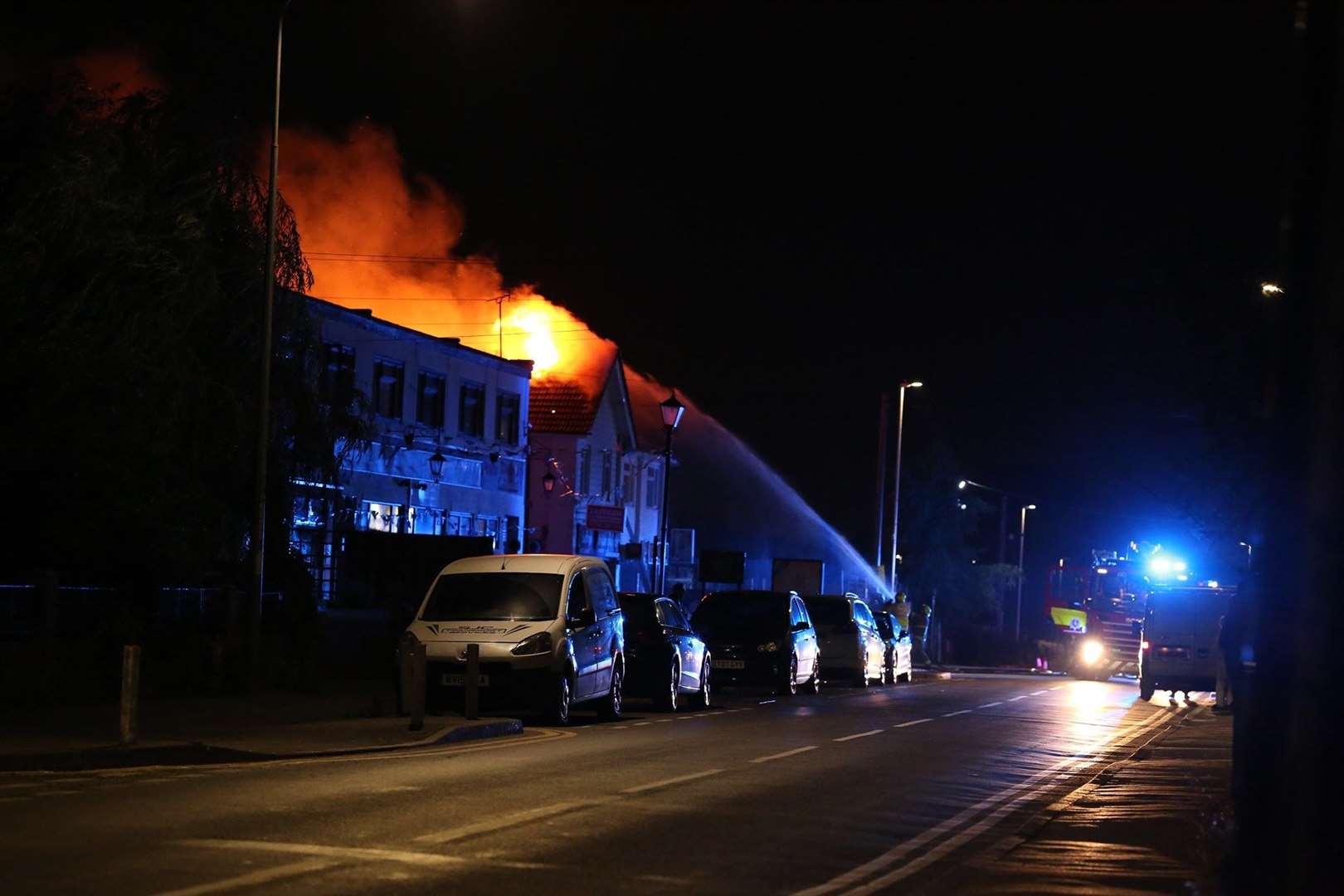 Nearby residents were told to close windows and doors as crews wearing breathing apparatus fought the flames in Leysdown Road, next to Kebab and Pizza.

People in the street below say they heard screams as the fire broke out.

Pictures show firefighters using a height vehicle and a hose reel jet as they extinguished the blaze at the two-storey property, which comprises the eatery and flats.

The shocked owner of the Saffron, Raj Chowdhery, said he only heard about the fire when loyal customers starting calling to see if he was okay.

He said: "It's good nobody was hurt. I have really good customers and local friends have been made here. "I have had more than 25 calls this morning to make sure I was okay.

"I was so shocked. There is no way we can open for trading."

Mr Chowdhery, who lives in London, travels down every day to run the business.

"I haven't seen it with my own eyes yet," he told KentOnline.

"I have been told the fire started above the restaurant, in the flats.

"The restaurant has not got any fire damage but water damage, from where the fire service have been putting it out.

"The ground floor is soaked with water.

"I don't know what I'm going to do because I may have to relocate.

"We are all safe though and thank you for all the calls and messages."

The fire, which started about 3am, is being investigated.

No injuries have been reported and the advice to keep windows and doors shut has now been lifted.

Read more: all the latest news from Sheppey.