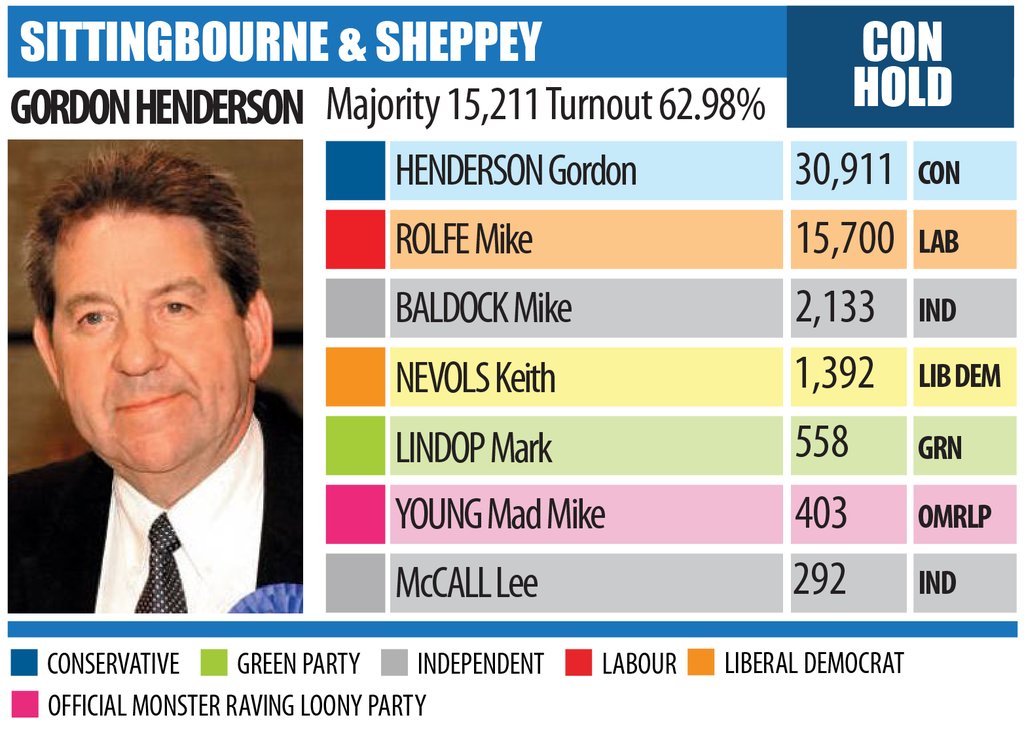 Conservative politician Gordon Henderson has held his seat as Sittingbourne and Sheppey MP.

The re-elected MP won the parliamentary election in the area with a majority of 15,211 after 30,911 constituents voted for him in the polls.

The result was announced following a count at the Swallows Leisure Centre in Sittingbourne just before 3am this morning.

This year’s results show that the Tory candidate gained 6,486 extra supporters on Thursday compared to the 2015 election where he received 24,425 votes.

His nearest rival was Labour candidate Mike Rolfe with 15,700 votes - showing an increase in party popularity in the constituency since the 2015 election, in which former Labour candidate Guy Nicholson got 9,673 votes.

It is Mr Henderson's third term as MP for Sittingbourne and Sheppey - he first won his seat in 2010.

Following his win, Mr Henderson said he was "really delighted" to have won again.

He added: "I would like to thank my fellow candidates in this election who've fought a clean fight. I, in no way whatsoever, can criticise them as their attitudes have been exemplary.

"I'd also like to thank my supporters for their continued support and, more importantly, the people of Sittingbourne and Sheppey who have put their trust in me yet again and I want to give them assurance I won't betray that trust."