Dozens of campaigners opposed to a project to double the number of homes in a village marched through the capital to hand in a petition against the scheme to Downing Street.

Developers announced plans to create a "garden community" in Marden earlier this year, which would include up to 2,000 homes as well as two new schools, health facilities and office space.

It came after Maidstone Borough Council launched a Call for Sites, in which it asked for ideas of land which could be developed, ahead of a review of its Local Plan in 2022.

However, the scheme has been met with anger by hundreds of locals, who fear such large-scale development would "crush" them and have set up the Marden Planning Opposition Group (MPOG).

Hundreds of yellow t-shirts, stickers, banners and bags have since been made up and almost 2,000 people took to the streets in the village in May as part of a protest.

In their latest show of defiance, the group travelled to the home of the prime minister to hand over evidence of nearly 3,000 signatures against the proposals.

Claudine Russell, chair of MPOG, said: "The day went really well, we had more than 20 people coming up from Marden and then a few more joined us in London to quickly put on a yellow shirt.

"Lots of people were asking us what it was about and so we gave out some cards pointing people to the website. 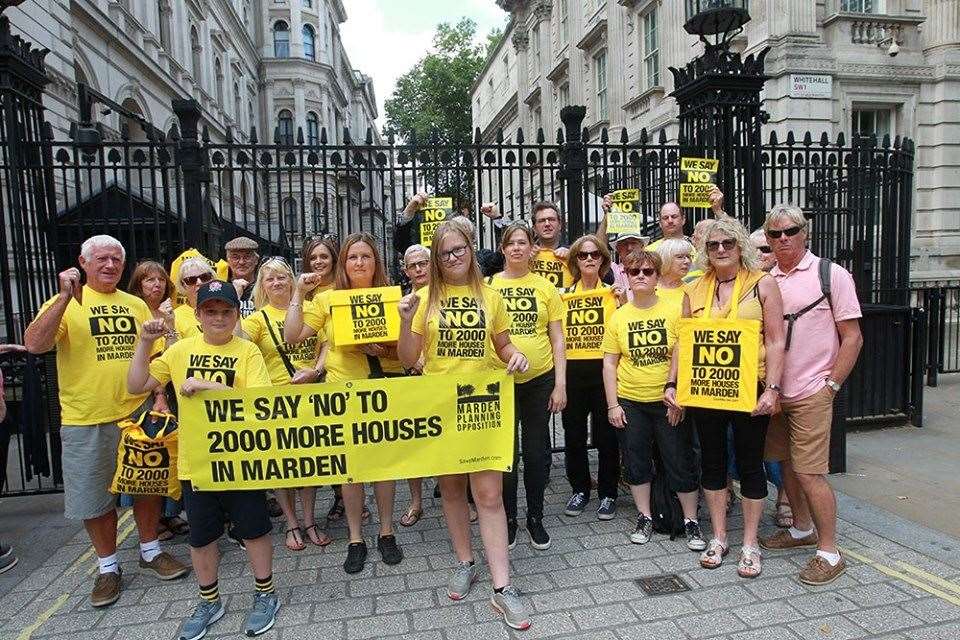 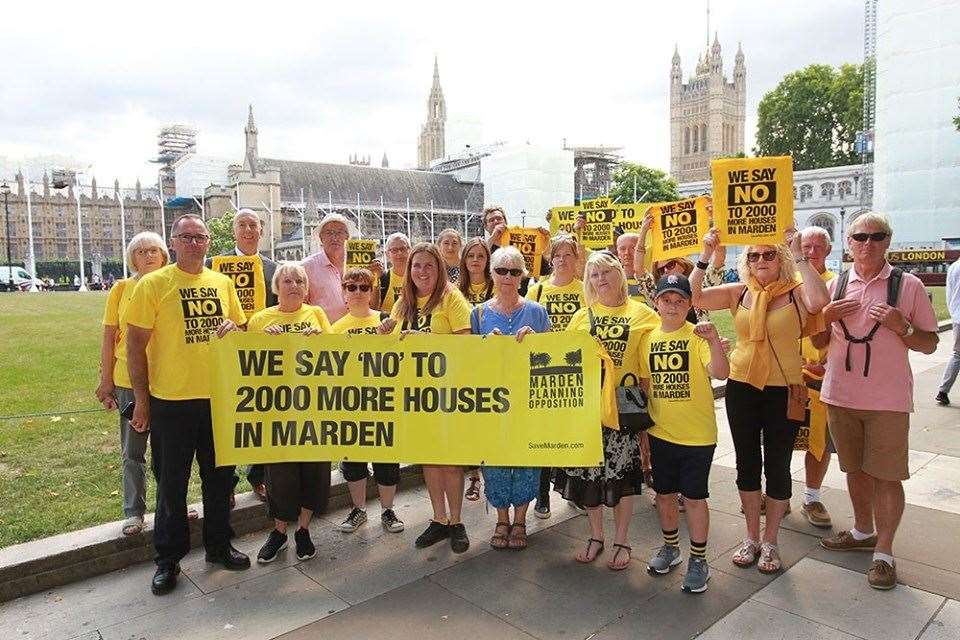 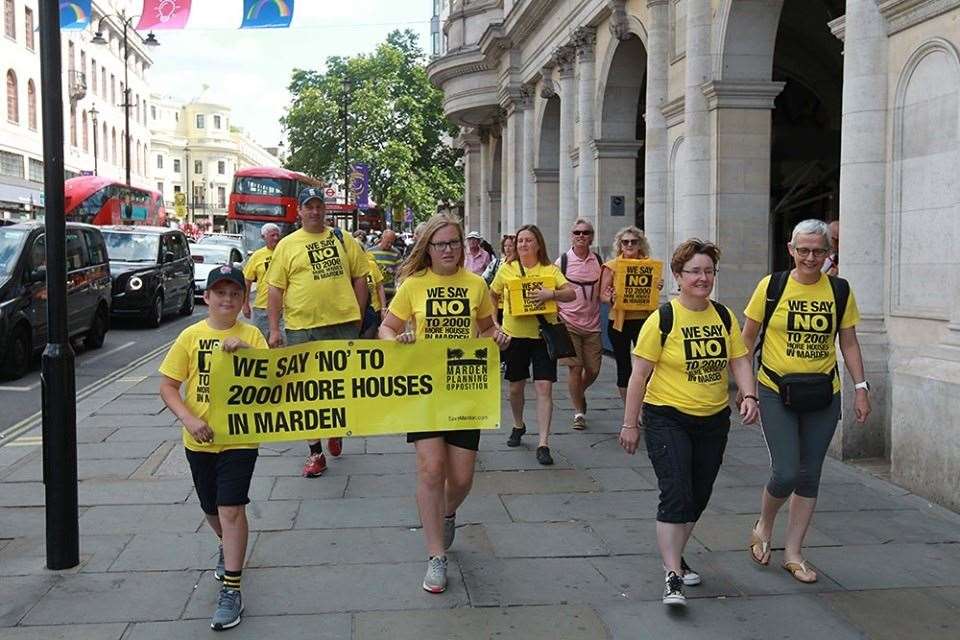 "It's been a really good effort considering we all work as well - everyone has helped out on a voluntary basis and been really supportive.

"The level of support for the campaign is still as strong as it was when we first started."

Developer Countryside Properties, which argues the project would see Marden benefit from new facilities and better links to Maidstone town centre, says it is also meeting and speaking with those living and working in the village.

Project chiefs add that while the scheme would include green open spaces, the site sits outside any Area of Outstanding Natural Beauty, and other protected areas, and so is suitable for development.

Read more: All the latest news from Weald