Inside the mind-blowing Kent homes... yours for £10m-plus

'Sorry, it's too hard to sex a dinosaur'

Inside the mind-blowing Kent homes... yours for £10m-plus

'Sorry, it's too hard to sex a dinosaur'

The departure of one of Ashford’s long-standing department stores and national chains today will leave the town reeling.

M&S, traditionally known as Marks & Spencer, opened its first purpose-built store in Ashford High Street in 1934 but - 85 years later - its County Square store which opened in 1978 will shut for the final time today.

Despite still having an M&S Foodhall on the Warren Retail Park and a clothing unit at the Ashford Designer Outlet, the store's closure in the town centre is a bitter pill to swallow for many residents who have been shopping there for generations.

It’s common knowledge that, across its portfolio, M&S has to make fierce changes up and down the country including the closure of another east Kent store in Deal which shut last month.

Many say the chain hasn’t moved with the times and many of the ranges and styles the chain has to offer are outdated and designed for a narrow age section.

But others are left upset and angry that the chain is not considering those who haven’t got a car and its loyal customer base which has used the town centre store for years and years.

Nowadays, business is predominantly a commercial enterprise and while it’s still claimed by these major players in the world of retail that they still put their customers at heart, the traditional customer service values and the recognition of loyalty are no longer there.

It’s yet to be announced as to who will fill the gap of M&S and its prime retail unit in County Square.

As the company is reputed to still have a sizeable lease on the unit, it has the responsibility of sub-letting the unit, something that is said to be happening imminently. 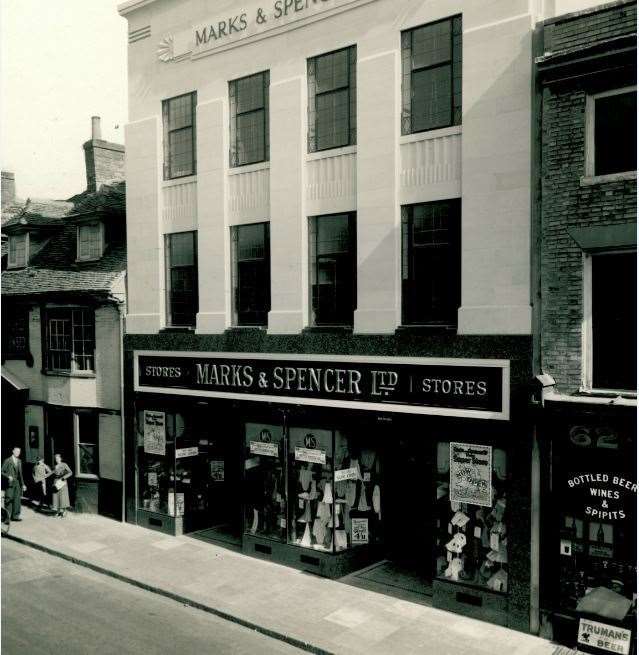 For more reaction, keep an eye on KentOnline this afternoon as M&S shuts for the final time

WIN a family ticket to Christmas at Bedgebury's opening weekend