'As I stood behind bride I heard gunfire'

'As I stood behind bride I heard gunfire'

Flowers have been left at the scene of a suspected gang attack which has left a young exchange student fighting for his life.

The 17-year-old victim, who is in a critical condition and understood to be in a coma, was assaulted in Whitefriars Street in Canterbury on Thursday evening.

Flowers have now been left at the scene, with a message from the city's Tesco Metro staff naming the teenager - a German boy of Lebanese descent - as 'Daniel'.

Flowers have been left at the scene

A witness of the attack, who works in a nearby shop, said: "There were two huge groups of people and there was some kind of altercation - then all of a sudden, (the exchange student) was on the floor.

"It was just shocking. There were probably about 40 people there.

"There were so many people, so you couldn't really get involved in it. One person going into a crowd of all those kids, there was nothing you could have done.

"Security were there, but even they couldn't get in. It changed when he was on the floor - that's when they were able to get to him.

"About six people rushed in to help give him first aid."

The teenager, who had been due to fly back to Germany a day after the city centre attack, was airlifted to a London hospital on Thursday. 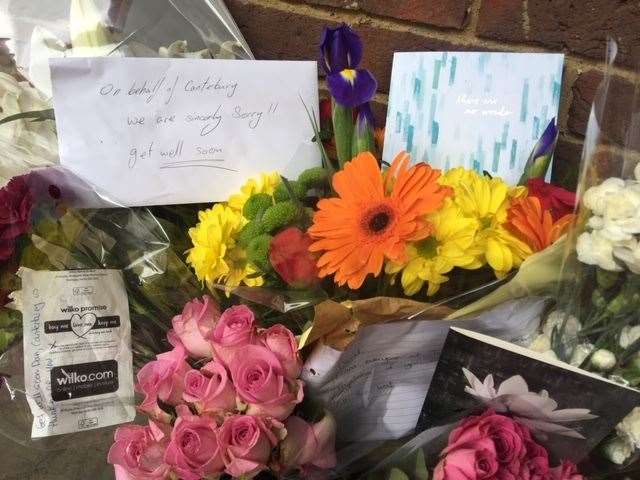 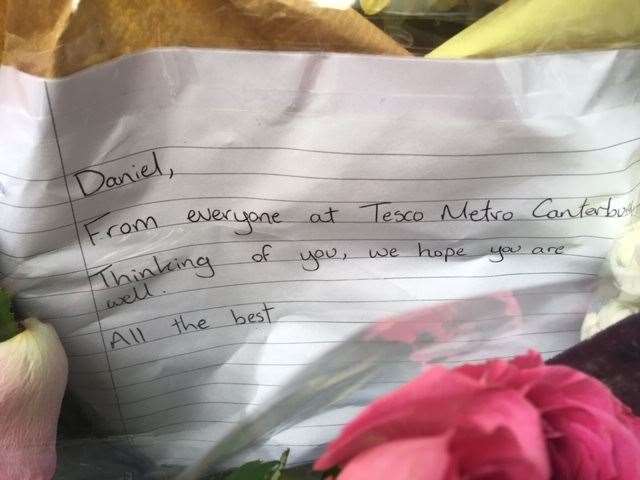 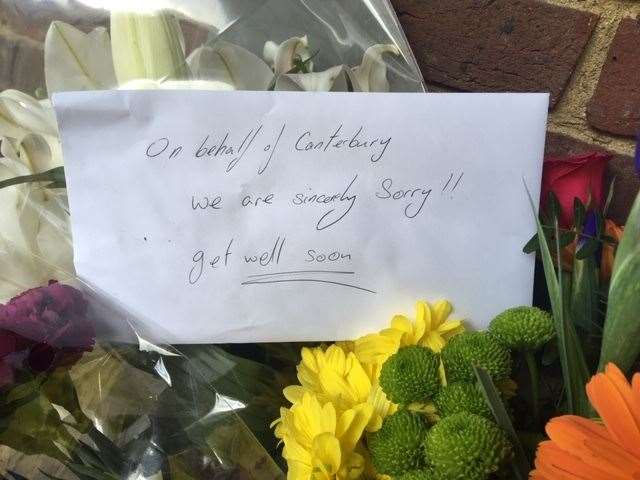 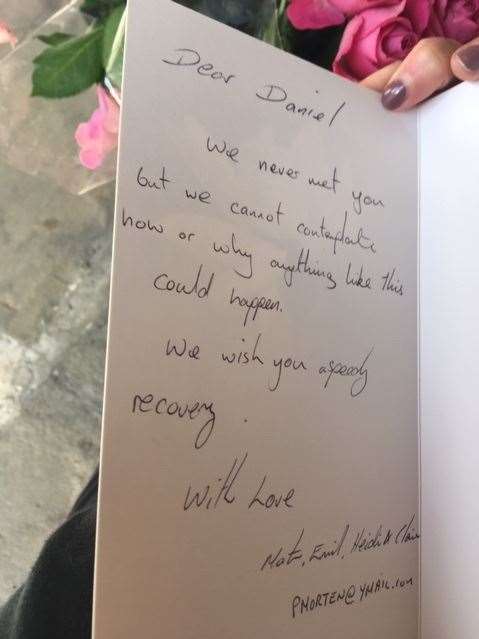 His mother, who moved to Europe three decades ago, is now by his hospital bedside after Canterbury MP Rosie Duffield called on Home Secretary Sajid Javid to allocate an emergency visa.

A crowdfunder launched to raise money for the relatives has now surpassed its £5,000 target and reached £6,800 - just 24 hours after being set up.

So far, seven people - including six teenagers - have been arrested following the assault.