The Dover teen was suffering a rare cancer which she knew one day could steal her young life away from her.

In October, 2015, she was diagnosed with desmoplastic small round cell tumours and was given two years to live. The condition affected just 200 people since the cancer was first diagnosed in 1989. Not only did Kelly have it, she was determined to beat it.

With parents Martin and Linda, the petite brunette of St Edmund’s Roman Catholic School launched a £1m campaign to help her grab her only chance of survival with both hands. The keen artist and crochet crafter wanted to access specialist treatment at the Memorial Sloan Kettering Cancer Center in New York at a cost of $1.3m.

This was for a mix of specialist surgery, radiotherapy and immunotherapy. Kelly had already undergone nine rounds of chemotherapy and lost her bouncy curls.

As soon as Dover reporter Emily Stott broke the story on KentOnline on June 4, 2016, the response from readers told us one thing - they wanted Kelly to have the treatment just as much as she did.

Cash flowed in to her online fundraising page and the hundreds of pounds raised turned to thousands. 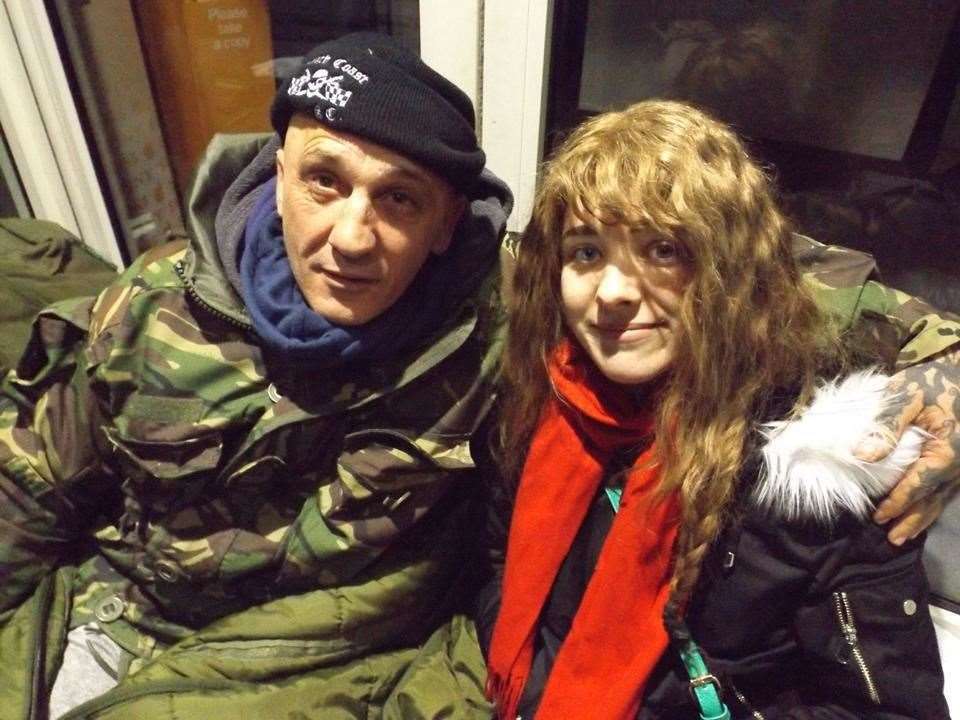 People were pledging from far and wide to either give or raise cash for the newly-formed #DoingItForKelly campaign.

By the anniversary of her diagnosis that October, the tally was at £253,685.

There had been raffles, pub quizzes, tag days and some individuals underwent challenges for the teen. John Ashman, 50, slept rough for seven nights in January during some of the coldest nights of the winter raising £14,000 and Kelly’s teacher Jim McNeill ran the London Marathon for her.

Keen supporter Richard Esdale of the JigInTheBox musical events company realised he could harness the fundraising power of the Town Hall by putting on live music and theatrical events.

Mr Esdale put this into action organising four Concerts for Kelly over two weekends in Dover and Folkestone that July. That same month he produced the Band Aid-style record for Kelly’s cause, featuring a range of local musicians.

It was the song Proud, the solo single by M People singer Heather Small. He became one of her strongest supporters.

Kentonline’s sister paper the East Kent Mercury put on a fundraising ball and auction for Kelly.

When the night arrived at The Courtyard in Deal, Kelly was feeling unwell. But despite her fatigue she arrived looking elegant, if delicate, in a dark velvet dress.

Kelly stayed as long as she could, taking the time to say hello and thank those who came to support her. Meeting supporters was important to the Turners and saying thank you was even more important.

And there was so much support.

Then, like someone waved a magic wand, the family’s prayers were answered. In part.

The hospital in New York agreed to give her the initial treatment once she had raised half of the £1m target. The family could then continue fundraising for the remainder, which would pay for her vital aftercare.

On March 23, 2017, the day before Kelly’s 17th birthday, the campaign triumphantly hit a milestone. It had raised half a million.

Kelly’s illness had enforced many sacrifices. She had missed out on socialising with friends. And she’d also been too ill to take her GCSEs when her year group did aged 16.

So, with her condition being relatively good, she decided to postpone surgery until after her GCSEs.

Mr Turner said at the time: “The plan is still for Kelly to have her surgery in New York after her GCSEs, which is her choice, all being well with her next set of scans.”

Those scans showed an improvement, and so did others afterwards. The future was looking more and more bright.

In August, 2017, Kelly passed all her GCSES. She had taken 10 subjects and her passes included English and maths and two A* to B grades, one of those was in RE. Faith was important to her.

She was particularly pleased with her science grades because she aspired to be a radiographer.

Her results meant she could enrol at the Astor College sixth form in Dover to study A-levels. She started there the next month.

In September, 2017, we reported how a thief had callously stolen one of her collection tins from the Dovorian restaurant.

It seemed incredulous to our readers that, as so many were raising money, someone wanted to take those small gestures away from a seriously-ill girl.

Then in October, Kelly started to feel ill.

On November 3, 2017, Mr Turner, who had been the driving force in the #DoingItForKelly campaign and the main communicator with her supporters, took to Facebook.

He posted pictures of Kelly looking very ill in a hospital bed.

Kelly’s thousands of friends and followers of the campaign were very worried.

That weekend social media was alive with positive vibes for Kelly.

It was a weekend fraught with worry and one where the Turner family could only care for their daughter and hope.

On Monday, November 6 Kelly’s parents released a statement from the hospital.

It said: "Our best little friend, soulmate, bright, intelligent and beautiful Kelly sadly passed away at 2.45am on Monday, November 6.”

It was like the district fell silent in grief.

Kelly had been taken into the Padua Ward, the children's ward at the William Harvey Hospital. But as her condition worsened she was transferred to the Royal Marsden Hospital in Fulham, west London.

Mr Turner said it was unexpected after she had received better scan results but she had been struggling to eat anything before the weekend.

The family thanked their supporters and said: “Thank you for supporting fundraising to save her life, In particular thank you Dover for your love.

From the stillness of loss came an outpouring of love.

Astor head teacher Lee Kane paid tribute and said: “Kelly was very selfless, she was an individual who looked out for others and was very kind-hearted.

“She had a real determinations and a commitment to achieve and to do her best.

“Her GCSE results were a testament to her real focus and determination.

“To sum up. Kelly was a brave and beautiful young lady who has left a legacy for many.”

Richard Esdale, who had become a family friend since holding his events in the summer, summed it up. He said: "Dover has lost an angel."

He added: “Kelly will be remembered for her bravery. She was inspiration to so many other young people. Her smile captured everyone.”

Mr Esdale said that he had never seen so many people in Dover rally around the cause for one person.

He said: “The support has been just been phenomenal. Kelly is going to leave a legacy of bringing people together.

“Wherever you turned in Dover everyone knew about Kelly and was trying to support her and the family.” Days after her death, Kelly’s father announced how the £600,000 raised in her lifetime would be diverted to help others with her condition.

He said: “Kelly said she wanted to do fundraising for this after she became well. Because she was hopeful that she would get better.

"It was Kelly's wish that others would not suffer what she went through.

“The problem is there is no special chemotherapy for this condition. We want to help children and young people worldwide and try to stop their pain and anguish.”

He explained how he and Kelly’s mum were struggling to come to terms with their loss.

He said: “We are not coping. We have lost not just our daughter but also our best friend.

"We know how much she loved us and we loved her so dearly.

“Life will never be the same.”

They were finding comfort being surrounded by her artwork.

Hundreds turned out to say their goodbyes to Kelly. A funeral took place at St Mary The Virgin Church in Dover's Cannon Street on November 24, 2017.

The hearse, carrying her coffin pulled up at 11am to the sound of scooter revs and hoots in tribute to her.

There was a round of applause for parents Martin and Linda, who were both wearing red.

Both spoke in memory of their "best little friend" and recounted happy moments in her life. A song specially written for Kelly after she died was also performed.

Deal singer Rebecca Robinson wrote Brightest Star for Kelly and the fundraising song for her, Proud, was played as introductory music.

In the three years since her death Kelly’s parents have formed the charity they promised and raised a further £39,000 to add to the £600,000 raised in her lifetime.

This week her parents are raising money at Morrisons in Dover.

Money trickles in at a much slower rate than when Kelly was alive but their efforts for the benefit of others with her condition continue out of devotion to her memory.

Today would be Kelly’s 21st birthday.

If you are touched by her story you can donate to the charity that was formed in her name, The Kelly Turner Foundation.