The grim history of capital punishment in Kent

On April 8, 1930, a piece of paper was pinned to a door outside Maidstone prison - a seemingly innocuous act, but a momentous one in that it put a full stop to centuries of legally sanctioned death on behalf of the state in Kent.

The piece of paper announced that Sidney Harry Fox had been hanged - and gave Fox the dubious honour of being the last man to swing for his crimes in the county.

Almost exactly a year previously he'd convinced his 63-year-old mother Rosaline to make a will in his favour, then insured her life before strangling her on the date the policy expired – October 23, 1929 – in a hotel room in Margate.

Fox might have got away with the killing - a doctor having initially deduced that Rosaline died from suffocation and shock caused by a fire in her hotel room.

But suspicions over the death led to her body being exhumed.

A forensic examination ruled she had been strangled to death.

And so Fox's fate was sealed - but that's just one small chapter in the grim and epic history of capital punishment in the county, with Maidstone itself providing the stage setting for centuries of bloody punishment.

For 100 years leading up to Fox's death, Maidstone Prison sat centre stage, but as a theatre of death the prison has nothing on a patch of land a mile to the north.

Nowadays known as a residential suburb of the county town, with a pub and a park, Penenden Heath derived its name from the Anglo Saxon 'pinian', meaning to inflict pain and suffering.

So what's now this nice place to live was once quite the opposite; a place to die horribly.

Exactly how many met their end on the heath is impossible to know, but the name means it's likely people have been getting chopped up, strung up and burnt here since the Anglo Saxons first came to Britain around 1,500 years ago.

For much of that time, hanging seemed the preferred option, and maps were labelling a part of Penenden Heath as "Gallows Hill" or "Gallows Wood" until the 19th Century.

These days, the area is built over by houses, but a raised bit of land in a garden on Heathfield Road is the likely spot where the noose once swung.

James O'Coigley is one man who met his end there. An Irishman convicted of treason for plotting against the English government in 1798, his execution has gone down in history for its gruesome - if perhaps exaggerated - climax.

After trial at Maidstone Town Hall he was taken to Penenden Heath, where an eager crowd had gathered to see him hanged, drawn and quartered. Much to their disappointment the King ordered he simply be hanged - although Maidstone surgeon, Mr Coleman, allegedly provided some extra grisly entertainment by chopping off O'Coigly's head after the hanging and holding it aloft.

"This is the head of a traitor," Coleman is said to have shouted, whereupon legend has it O'Coigly's head began to shake violently in his hands, causing the surgeon drop it in terror and run away.

Not all of those executed were so shaken by the experience. One legendary character - 'Hellfire' Jack Carpenter - is said to have worn a flower in his button-hole and cracked jokes all the way to the gallows.

Another three men provided the entertainment in 1830, on that traditional time for peace, goodwill and cheer, Christmas Eve. 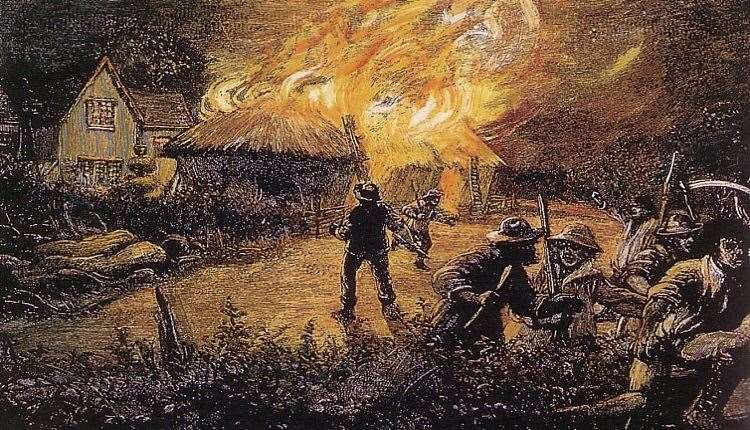 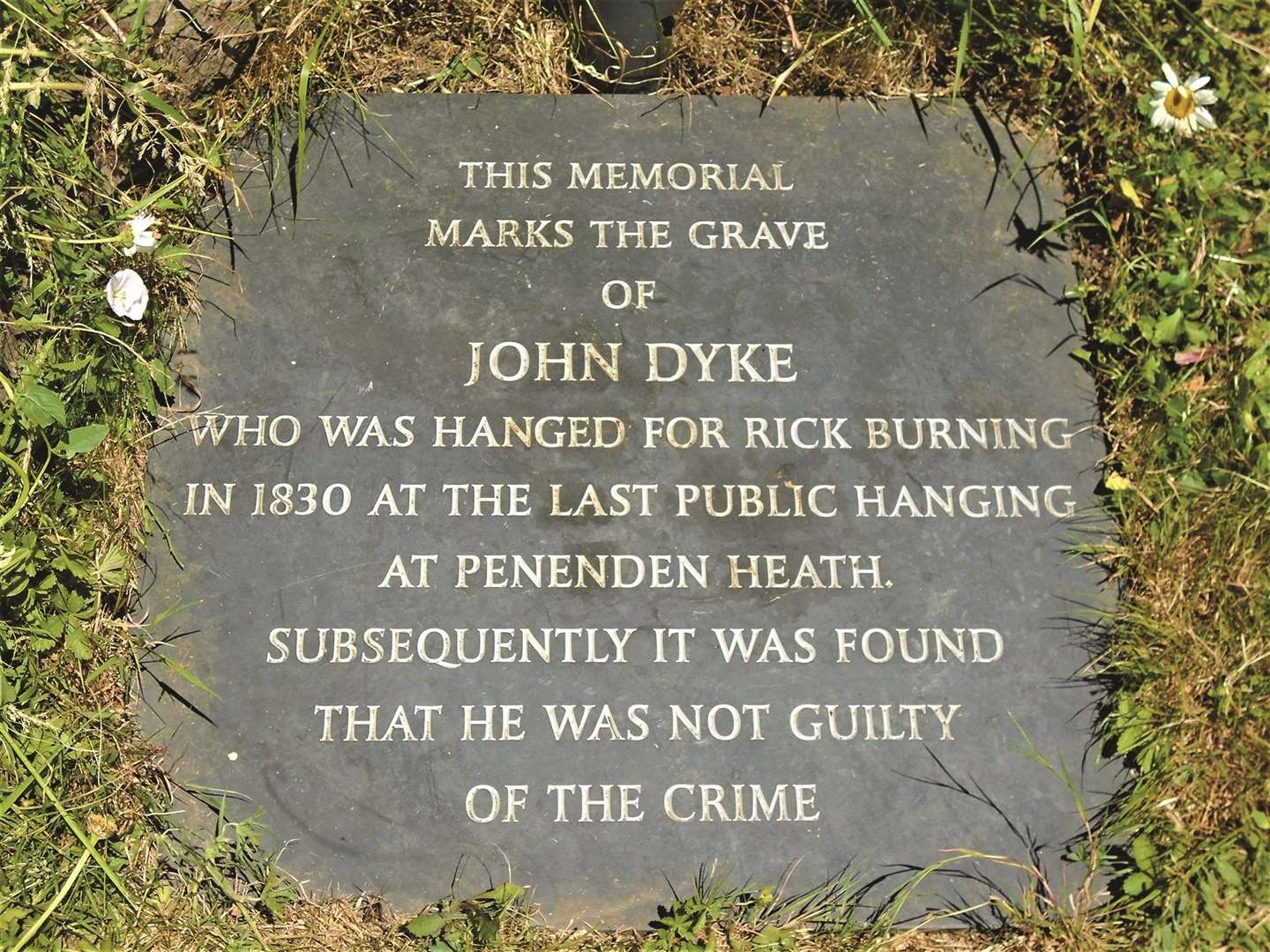 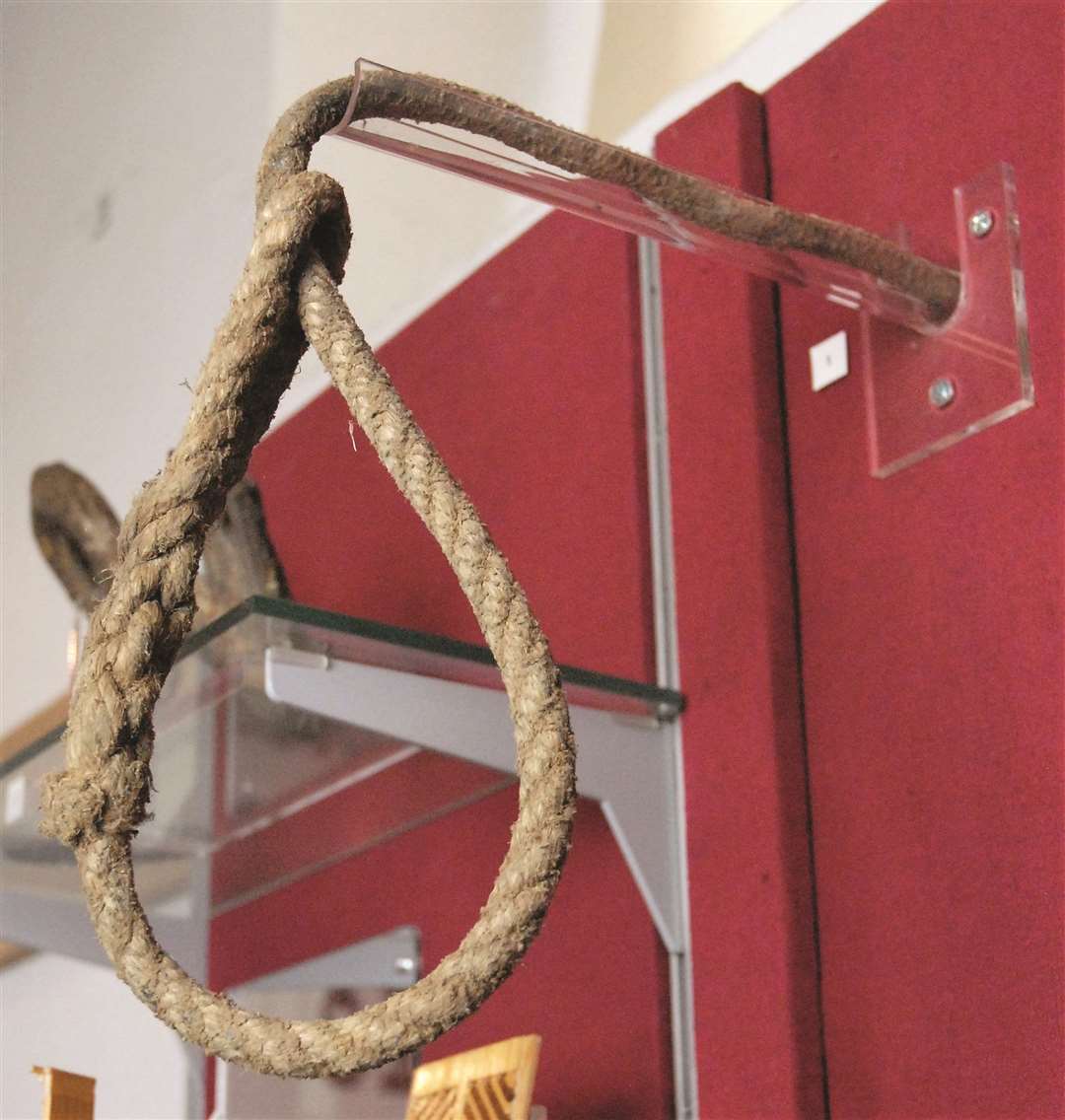 John Dyke and brothers William and Henry Packman, had all been convicted for burning farm buildings at Bearsted and Blean near Canterbury, during the Swing Riots - when aggrieved farm labourers threatened landowners in the name of their mythical leader, Captain Swing.

And swing they did - despite the fact another man later confessed to starting the fire Dyke was convicted for. A troop of cavalry was called in to put off any escape plans and stop the scene boiling over, and so the three men became the last to be hanged on Penenden Heath, 190 years ago.

After that, proceedings moved to the prison, which had been built between 1811 and 1818, and while that change might suggest a little more order was brought to events - it can hardly be said to have made things any more civilised.

If anything, bringing hangings into town just brought a closer spotlight on them, and the growth of the publishing industry means more contemporary accounts were available from newspapers and leaflets.

Crowds of thousands turned up to see those hanged outside the walls - on a scaffold erected on beams beside the entrance gate leading onto Week Street - and among the first to die there was a 15-year-old boy, John Any Bird Bell, on August 1, 1831.

In March that year Bell and his younger brother had accosted another teenager, 13-year-old Richard Taylor, in some woodland two miles from Rochester.

The son of a poor man, a tallow-chandler who lived at Strood, Taylor was said to have peculiar intelligence and an amiable disposition, and had been sent to Aylesford to receive the sum of nine shillings, as a weekly parish allowance to his father.

It was the nine shillings that Bell stabbed him in the neck for, as the younger boy made his way home.

Bell was led back to Maidstone along the same route for trial and stopped to point out a pond where he had washed the blood of his victim off his hands, and also pointed to an opening which led to the scene of the murder. "That's where I killed the poor boy," he told the police officer. "He is better off than I am now: do not you think he is, sir?"

A crowd of 6,000, a majority of them reportedly women, turned up to see Bell hanged.

“Pray for a poor boy,” begged Bell of the crowd, before being cast off into eternity by hangman William Calcraft.

As the principal executioner between 1829 and 1874, Calcraft would have been quite a celebrity, despite the fact he wasn’t known for his skill.

His preference was for the “short drop” method, so that most of his victims were strangled over several minutes. Not for them the instant death of snapped neck vertebrae.

Sometimes Calcraft tugged on the legs of those dangling on his rope, or clambered on to their shoulders to hasten their demise.

That year would see 25-year-old Frances Kidder become the last woman to be publicly hanged in Britain, for drowning her 11-year-old stepdaughter in New Romney; while Richard John Bishop became the last man to be hanged publicly in Maidstone on April 30, 1868, having stabbed his neighbour Alfred Cartwright to death after an altercation in Sydenham.

Another of Calcraft’s victims was George Kebble Edwards, who was sentenced to death after splitting his brother Thomas’ skull with an axe at his home in Bedford Row (now James Street), just yards from Maidstone Prison itself.

The account is recorded in a 19th Century publication “A Complete List of the Public and Private Executions in front of and within the Kent County Prison”, published by William Richards of Wheeler Street.

According to the booklet, Edwards’ mother was woken by the sound of moaning coming from Thomas’ bedroom on the night of March 18, 1857, and found him “with two frightful gashes in his head which separated the skull.”

Under the bed was her own axe, covered in blood and hair, which had gone missing that day. The bedroom window was open, and 19-year-old George had gone.

When arrested in Rochester, Edwards denied the murder, saying he had gone to his uncle’s house in Chatham, after walking a lady home to Boxley. And for a while he stuck with the story, writing in a letter to his girlfriend “This sad occurrence has turned out very bad for me.” But the sentiment didn’t tally his confession to the prison governor.

In the end - hanged beside another condemned man, Stephen Fox - he walked to the gallows firmly and almost at “a quick step”.

“When the bolt was drawn Fox soon ceased to exist, but Edwards struggled violently.”

The hanging of Fox's namesake - not thought to be a relation - would bring executions to an end at Maidstone 83 years later, but according to legend the souls of the departed remain.

Rumour has it the hanged villains were buried standing up, to ensure they did not rest in peace.

How peacefully the likes of William Calcraft are resting, is anyone's guess.