Shocking figures have emerged showing a 71% rise in the number of people diagnosed with dementia in Kent.

It has prompted a warning from health professionals about the lack of support available to those with the condition and also for the families caring for them.

Dartford, Gravesham, and Swanley has also seen a 117% increase in those diagnosed, rising from 785 to 1,705 during the same period. 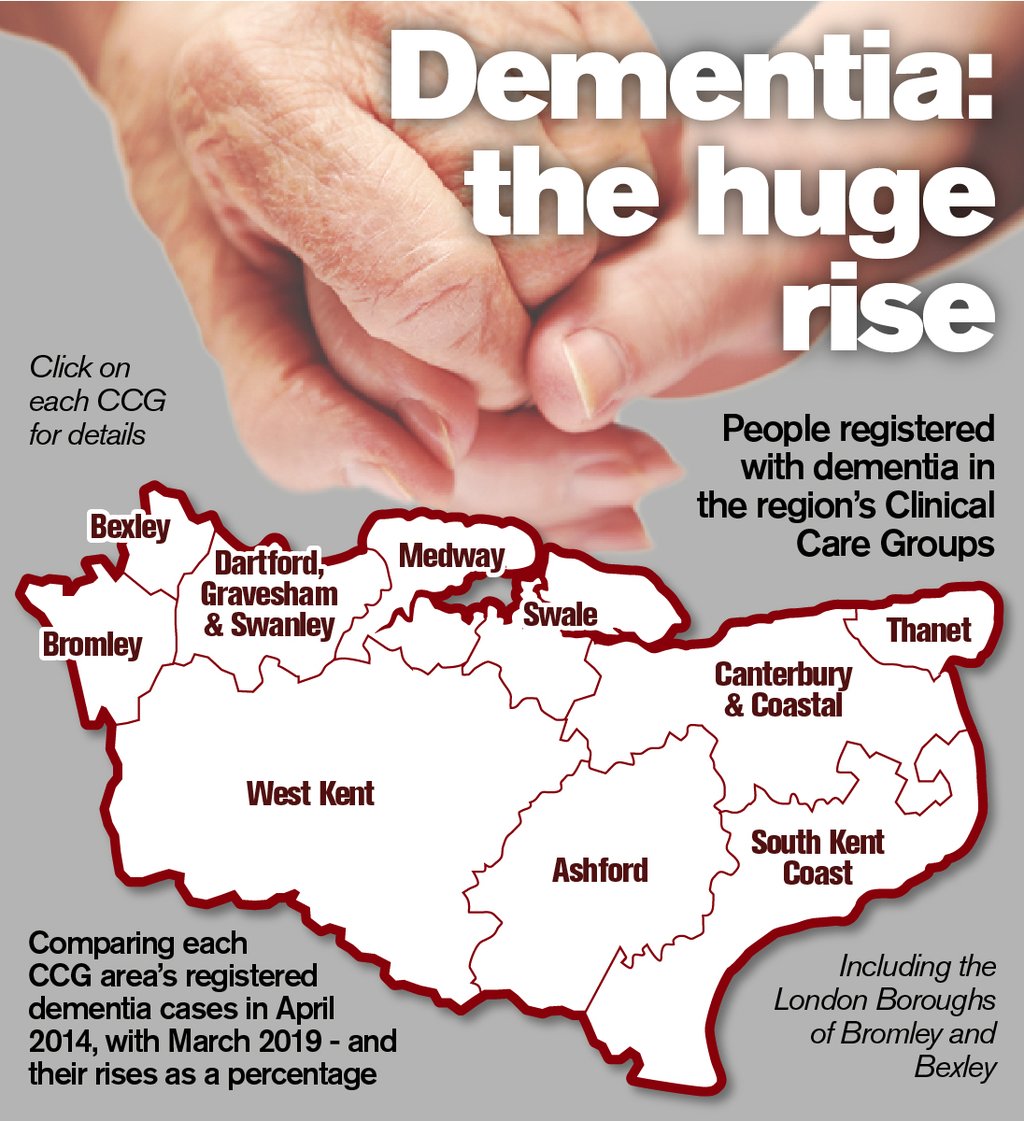 Experts say our ageing population has played a role in the increase as well as campaigns to increase diagnosis rates - so appropriate funding can be found.

But charities warn families are often left to pick up the bill for their loved ones because unlike other diseases there is no extra funding for dementia in hospitals based in areas which have high concentrations of people with the disease.

Alzheimer's and Dementia Support Services - Kent's biggest independent charity dedicated to providing support to people affected by the disease - says there has recently been "unprecedented demand" for its services.

Joint CEOs Sarah Taylor and Katie Antill said: "The NHS is quite rightly focussed on increasing diagnosis rates, there is also more awareness of dementia which has resulted in more people seeing their GP if they have concerns.

"We have seen recently an unprecedented demand for the services we provide for people living with dementia and their families and friends.

KMTV report how an app is helping dementia patients

"It remains a big concern that there are still a significant number of people living with dementia but without a diagnosis.

"At Alzheimer's and Dementia Support Services, we believe everyone living with dementia is entitled to a diagnosis so that they can access treatment options and support.

"With the right support and help people living with dementia can live a fulfilled life and take part in community life.

A charity with two branches in Kent earlier called for the help of people living with dementia to support Kent's medical professionals of tomorrow.

To keep up-to-date with all the latest developments with your local hospitals and other health stories, click here