General Election 2019: This is who you can vote for in Kent

Now that election campaigns have officially kicked off, parties have chosen the candidates who will stand for each constituency.

Here is who you can vote for in Kent on December 12. 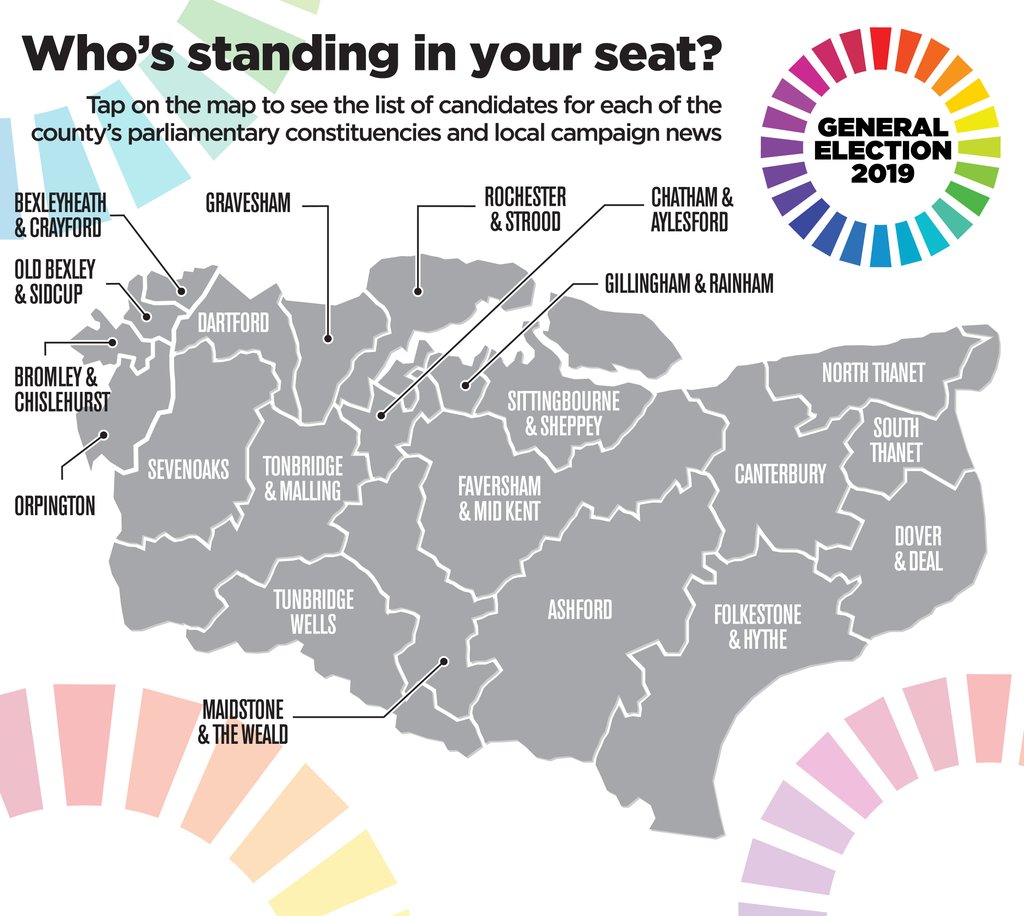 The names of candidates hoping to land a seat in Parliament at the general election have been published - with close to 100 entering the race across Kent’s 17 constituencies.

And there will be plenty of new names and parties on the ballot papers for what is shaping up to be one of the most unpredictable and hotly-contested elections in decades.

All the main parties will field candidates across all the county’s seats but there are others who may be less familiar.

One notable absentee is Nigel Farage’s Brexit Party which had been expected to contest all Kent’s seats. But the decision not to contest Conservative-held seats means that it won't

Owen Prew was expected to stand in Canterbury but surprisingly did not appear on the ballot.

In Dover, the Women’s Equality Party is contesting the seat but the previous MP Charlie Elphicke has stood down to fight assault charges and in a surprise twist, has been replaced by his wife, Natalie.

Meanwhile, one familiar Conservative name will be missing: Sir Michael Fallon who has stood down as Sevenoaks MP.

And there will be a new Conservative candidate on the ballot paper in Canterbury where Anna Firth is hoping to oust Labour candidate Rosie Duffield.

After the shock decision of the Liberal Democrat candidate Tim Walker to stand aside in Canterbury, the name of Claire Malcolmson will be on the ballot paper.

There has been one late development in Canterbury with the Green party deciding not to contest the seat.

For all the latest news ahead of the General Election, click here.