The stories behind Kent's town names

'To say I was disappointed would be an understatement'

'There are so many blind spots'

The stories behind Kent's town names

'To say I was disappointed would be an understatement'

'There are so many blind spots'

Kent revealed as most dangerous place for driver casualties

Kent is the most dangerous place in the country for drivers, new figures have revealed.

In 2018, more people in the county were injured in car crashes than anywhere else in England. 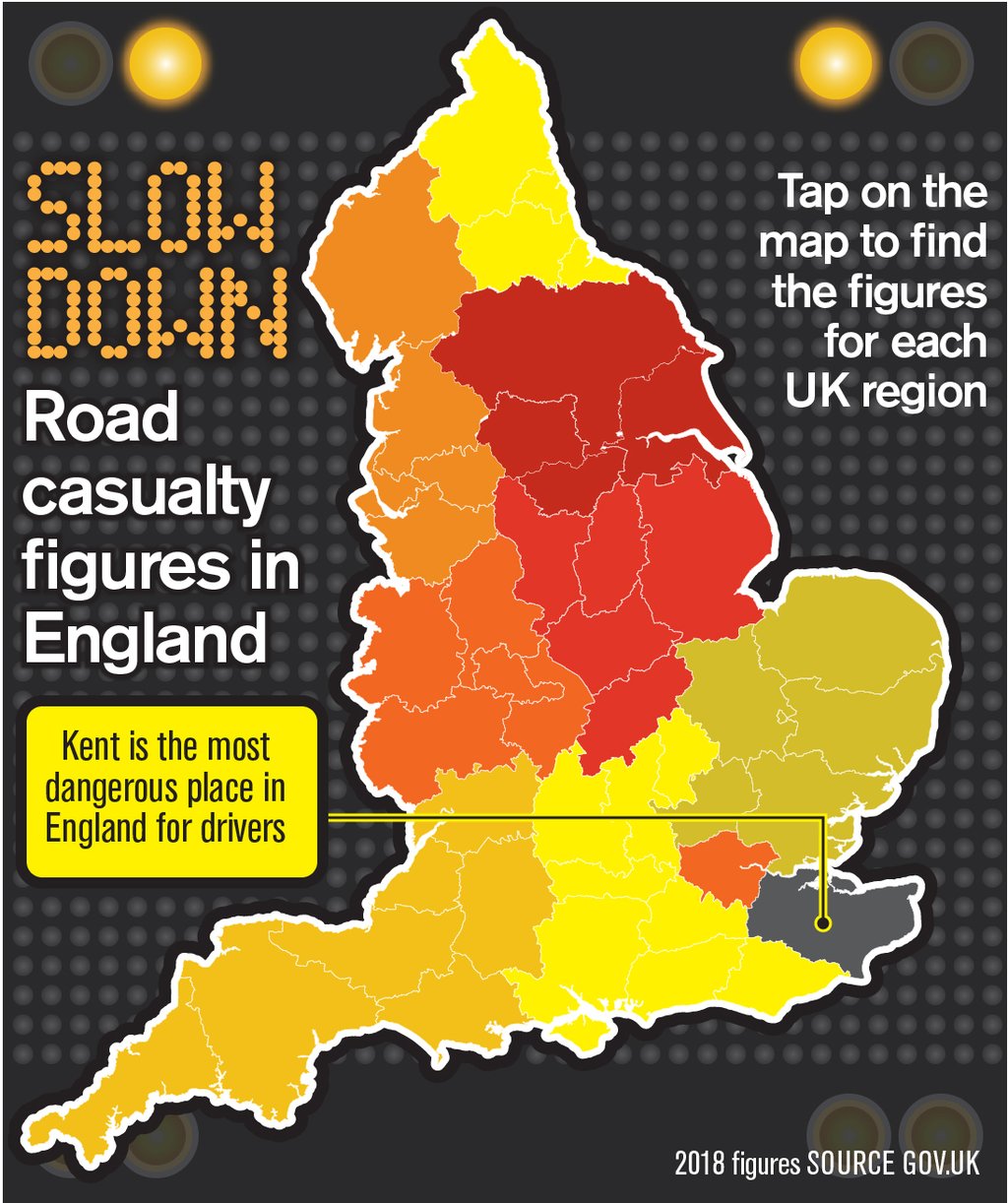 It means the county has the highest driver-casualty rate in the whole of England.

The county recording the second highest number of casualties is Lancashire, which saw 3,735 injured, and 45 people killed.

The data comes from car specialist AMT, who analysed the most up to date information available from the Department for Transport.

Their findings revealed that Kent, Surrey and Hampshire are the most dangerous counties in the south east, with 12,887 casualties and 124 fatalities reported between them in 2018.

Over all, the south east was the second most dangerous region for drivers last year, having reported a staggering 25,444 casualties and 258 fatalities.

The county with the the highest driver-fatality rate in the south-east is Hampshire, which reported 49 deaths last year.

The report revealed that motorbikes remain the riskiest mode of transport - despite car occupants accounting for the most road deaths (44%) in 2018 - with 16,818 casualties and 354 fatalities reported, a slight increase from 349 last year.

Cyclist deaths saw a slight decrease compared to 2017 with 99 fatalities.

It also found that rural roads are the deadliest in England, having accounted for 58% of all fatalities in 2018.

Child pedestrians aged 15 and below are the most vulnerable in traffic collisions, with the number of fatalities reported over the last year showing a 27% increase compared to 2017.

In addition, there were 1,276 serious injuries caused to child pedestrians reported in 2018 - equating to more than three per day.

And despite Road Traffic Forecasts predicting an increase of between 11% and 43% in traffic in all areas across the county before 2050, overall police attendance to road accidents has seen a steady decline of 8% over the past five years.

Based on trends, the report predicts there will be a decline in the number of people hurt or killed on the roads in 2020.

It predicts, based on the average percentage change in the number of road incidents over the past 10 years, there are set to be 2,891 fatalities and 138,092 casualties reported in the country next year.

This represents a 5.7% reduction in casualties and a 4.8% drop in fatalities compared to current figures.