Arrest after paramedic 'punched in the face' at A&E

'You don't know anything, and you don't have anyone'

Arrest after paramedic 'punched in the face' at A&E

'You don't know anything, and you don't have anyone'

For those youngsters missing their regular swim and splash sessions at pools due to the pandemic, it's worth reminding them that it is only a temporary measure.

Many Kent children over the years have had to wave a lasting goodbye to their favourite water attractions, be it for lack of use, aged facilities or to make way for new development.

Among the swimming pools that have been loved and lost is Ramsgate Marina Pool.

It was one of the biggest attractions in Thanet and one of many of the county's popular lidos back in the day.

It was opened on July 21, 1935 by the town's mayor Alderman Dye. As he delivered his speech, members of the Ramsgate Swimming Club and the Royal Air Force Swimming Club from Manston Camp conducted a mass plunge into the pool.

It was the first splash of many as the site became a destination for all sorts of galas, diving contests and water polo matches. It was also the venue for beauty pageants including Miss Ramsgate.

During the high season weekends, as many as 5,000 people would pass through the turnstiles, with people travelling from afar to enjoy a day out by the coast.

The pool survived five decades but in the early 1980s succumbed to the same threats as many lidos at the time. Changing trends and the cost of repairs saw it filled in to become a car park.

Nearby Cliftonville Lido and Clifton Baths hold even more history.

Dating back to1824 and '28, the baths were constructed John Boys at a cost of £15,000. They were excavated from the chalk cliff northeast of the harbour and is believed to be the only known example of a sea bathing establishment which was dug out of the cliffs.

The accompanying semi-circular shaped lido would be emptied and filled every day according to the tide, and had capacity for 1,000 bathers.

After redevelopment in 1927, it closed in 1977/78 and was filled in with sand but proposals to renovate the site for community use continue today.

The baths were Grade II listed in 2008 but Save Margate Lido hopes to have this changed to Grade I and to have a Grade II listing on a wider area of the site.

Another firm favourite for families was the open air swimming pool in Folkestone.

Adjacent to the Rotunda funfair, it was built and opened around 1938, in addition to a boating pool which was constructed the year before. It was situated right next to the sea but the water was fresh, and well chlorinated.

Swimmers will remember having to walk through a tray of disinfectant when they came out of the changing rooms.

The pools were filled in around 1981 to '83, with the Rotunda demolished between 2002 and '03. The space became a car park and the site of the Folkestone Market on Sundays until it moved up into Sandgate Road.

Island school children will hold icy memories of their swimming lessons at the open air Sheerness Aquarena on the seafront at Sheppey.

With no heating, the 1906 seawater attraction was bitterly cold and also featured diving boards, a deep-water area and a fountain where mums could lay out picnics while they waited for their youngsters.

It was a great meeting place for teenagers in the summer months, and was later replaced by a new heated indoor pool - albeit one deemed not as fun.

In Deal, the Royal Marines pool once stood in Marine Road, but was knocked down to make way for a new doctors surgery The Cedars.

Built in 1892, the pool itself was originally tidal and was filled twice a day at each high tide. It was converted into a heated pool between the two world wars. 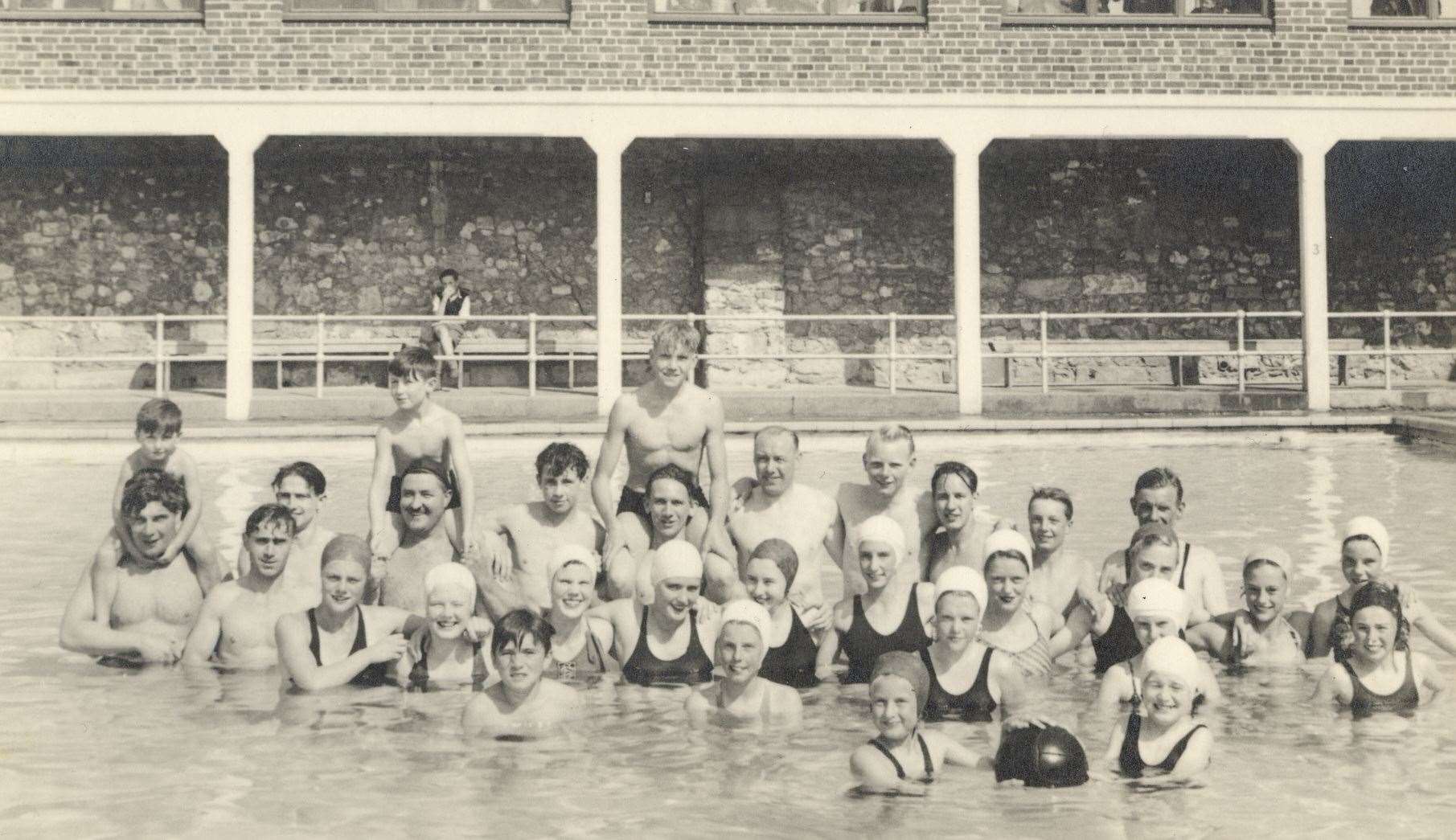 All Royal Marines would learn to swim there before passing out of initial training.

A lido also once stood at Dover's Pencester Gardens.

A post-war construction that had fallen into disrepair it was replaced in 1970, with a new, larger paddling pool.

At the same time, work started on building the town’s swimming baths in Woolcomber Street.

Both pools proved to be very popular but sadly, towards the end of the summer of 1970, the paddling pool became the target of attacks by vandals and the cost of continual repairs forced it to be close.

A more recent development is that of Buckmore Park swimming pool in Chatham which is now the world headquarters of a Pentecostal church.

Sport England provided £2.9 million of lottery cash to the attraction in 1996 and it hosted a number of international sporting events, but it closed in 2003.

The site boasted around 12 buildings many of which became the subject of vandalism.

That was until London-based Kingsway International Christian Centre (KICC) bought it in November 2012.

The site’s swimming pool was covered and turned into a sports hall, while the original sports hall has become the main room for mass worship.

Read more: All the latest news from around Kent