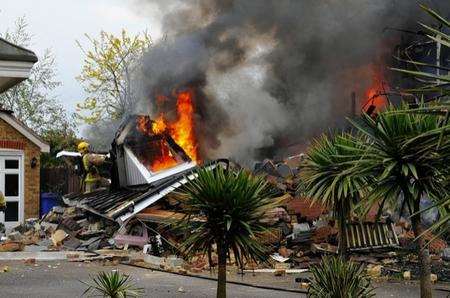 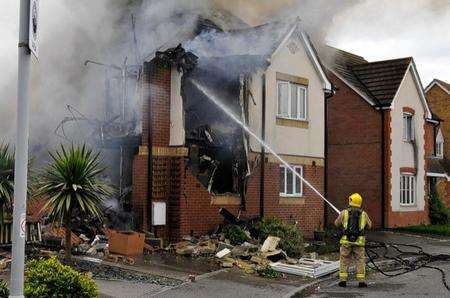 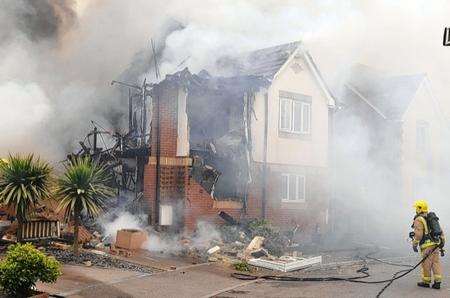 Local residents described the explosion as being "like an earthquake".

Emergency services were called to the scene at Recreation Way, Kemsley, near Sittingbourne just before 12.35pm Tuesday.

The victim suffered severe burns to his arms and head.

Video: Report from the scene of the explosion at Kemsley.

A spokesman for Kent Fire and Rescue said: "Nobody has been trapped in the building but one man has been injured."

Caroline Davies, of nearby Ridham Avenue, said: "The explosion was huge – it shook our whole house streets away. Lots of people came out to see what had happened."

She said the garage and the room above at the side of the house were completely destroyed - with just the window of the top room visible.

The roof was on fire and there was a lot of smoke, she added.