'My son should still be alive'

Blow to campaign against homes on recreation ground

'My son should still be alive'

Blow to campaign against homes on recreation ground

The finishing touches are being made to Margate's Spoons pub following a half-a-million pound renovation.

KentOnline has been granted a sneak preview behind the scenes of The Mechanical Elephant on the seafront ahead of its official reopening on Tuesday.

The pub has been closed for six weeks while the refurbishments have taken place.

Watch: Behind the scenes of Margate's Spoons after £500,000 refit

Walls have been taken out, the toilets have been completely refitted and the upstairs bar removed to replace it with booth seating.

But while the building work is running slightly behind schedule, managers are confident everything will be finished in time for the first orders next week.

A soft launch is taking place over the weekend for invited guests and a small number of walk-in guests.

Mac Cole, pub manager, said: "It's been a bit of a building site for the last four weeks but everything has started coming together in the last two weeks.

"We've had the furniture delivered. A lot of walls have been taken out, the upstairs bar has been removed and replaced with booth seating to extend the customer area.

"The ground level is much more open plan now where it felt a bit dark and dingy.

"There's a lot more customer seating and the toilets have been ripped out, replaced and renewed. It looks good.

"I think customers will be in for a bit of a shock. It was looking a bit drab and needed some money put into it and brightened up in here by a mile so we're proud of it.

'It's been a bit of a building site for the last four weeks but everything has started coming together.' Mac Cole, pub manager

"With Margate going the way it's going, it's still up and coming and a lot of stuff going on in the town, it's bringing a lot more people to the area.

"During the summer months we're really busy - not so much in the winter with the wind and rain in not-so-sunny Margate. 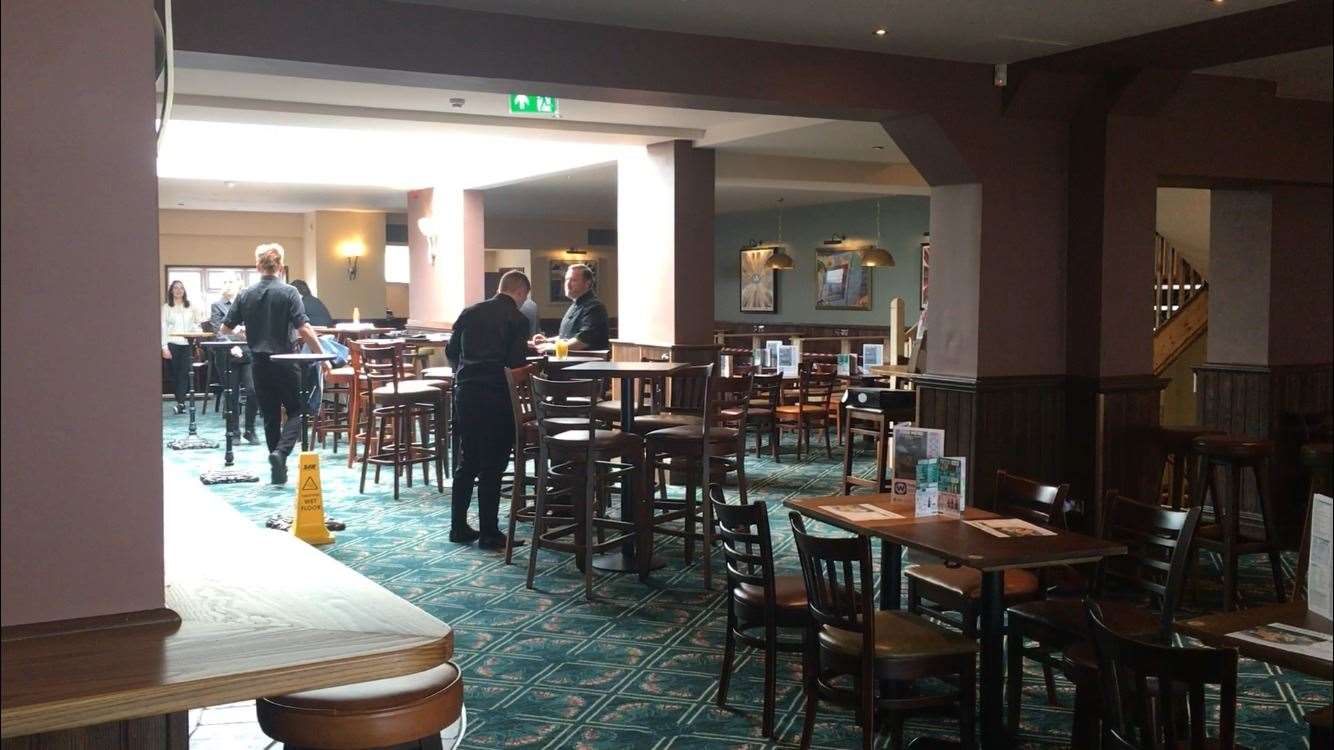 "We've employed about 20 new staff in the kitchen and the bar and we're hoping we'll be a lot busier when we reopen and if that's the case it will open up more job vacancies.

"It's very slightly behind schedule but everything will be ready."