'Ghost of Debenhams' past' appears in shop window

Historic pub up for sale

'Ghost of Debenhams' past' appears in shop window

Historic pub up for sale 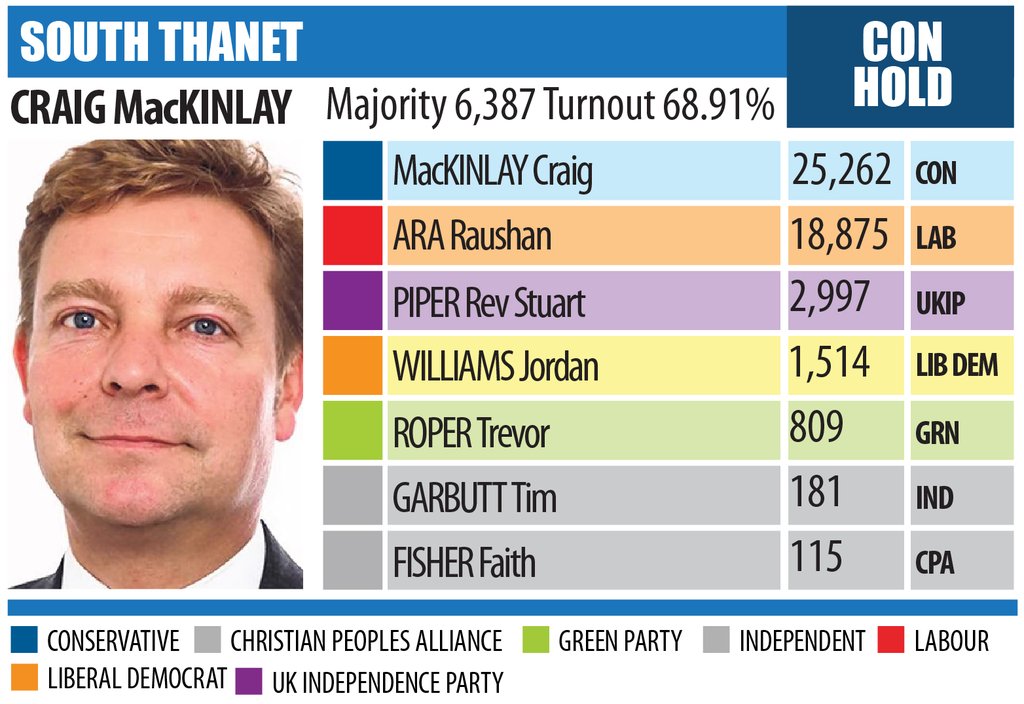 Mr Mackinlay said: "It's fantastic. When we first arrived the piles were building up and it was looking a little bit tight for a while but 6,387 in the end is a very reasonable majority and I'm very pleased with that.

"I never expected the CPs charges to be helpful but as it happened I think the people in Thanet have seen it, they've recognised it and they like the work I've done and they're re-elected me so I think that's a great endorsement for the work I've done."

There was question whether the recent CPS charges regarding 2015 expenses would impact results.

Before the result announcement, Mr Mackinlay said: "It was a remarkable thing six days before an election.

"What more can I say about that – I know I’ve done nothing wrong.

"It was an unfortunate decision which could have been made after the election or indeed made months before.

"It was a peculiar thing, you wouldn’t see this under normal purdah rules. It was bizarre.”

Revisit this page later as it updates to give you the results for your constituency.