Kent's colourful history and strong ties to smuggling mean it has its fair share of ghost stories.

Even if you're among the cynics it's hard to find at least a few of the below of interest — and what better way to reflect on them than in front of a pub fire with a pint in hand this Autumn? 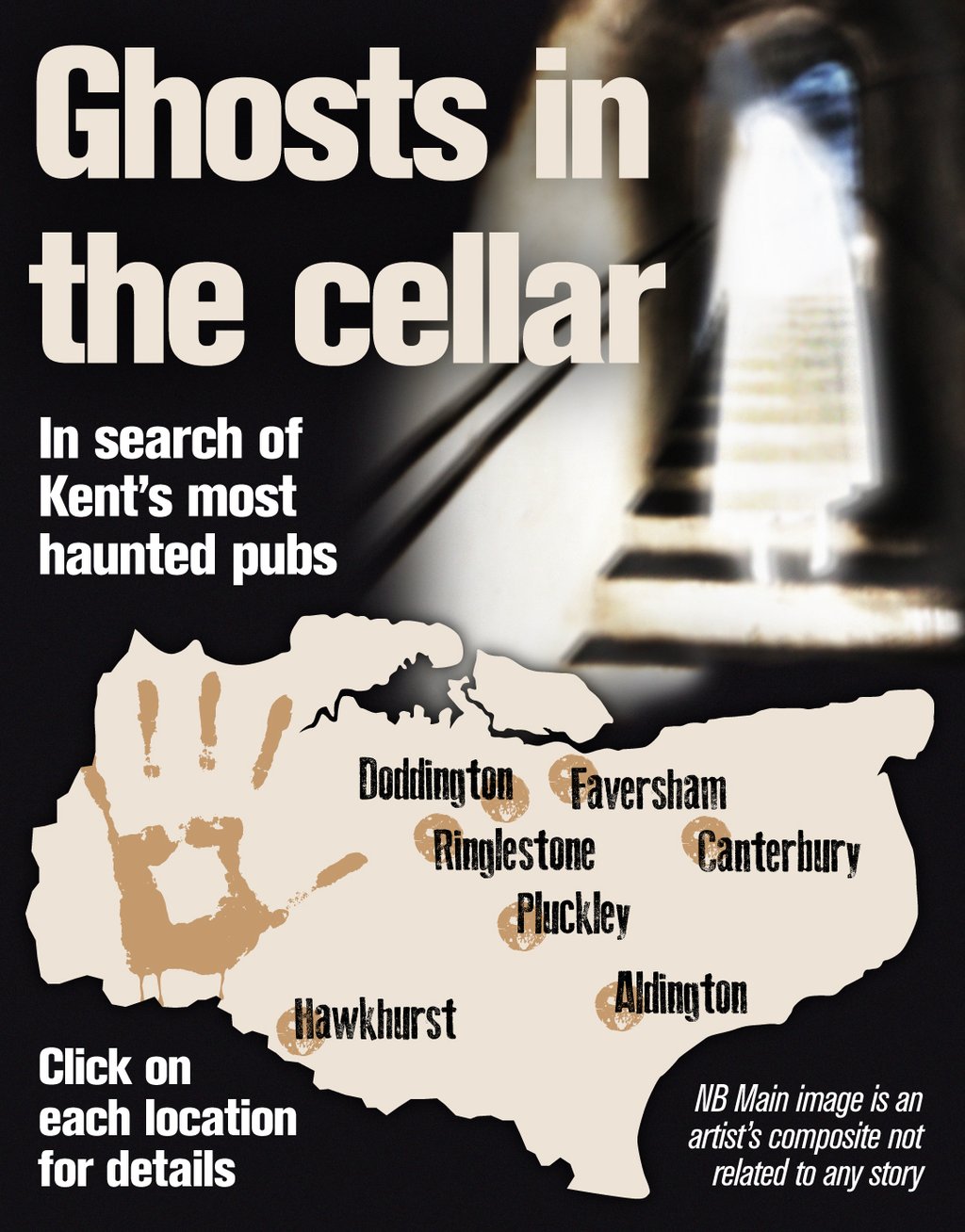 The overwhelming odour of rum, tar and tobacco fills the bar and the temperature plummets when this spirit walks in. He's a 19th century ship's captain who managed to escape a wreck in the nearby Swale one cold winter's night only to be refused entry to the inn by an understandably fearful landlord. The sailor was found dead on the doorstep the following morning and his ghost — thick set, red eyed and wearing a heavy coat and peaked hat — hasn't left the place since. Over the years owners have reported loud banging at the door in the early hours and one reckons he woke up with the Victorian seafarer in bed with him.

In the 18th century Hawkhurst was at the centre of the south east's smuggling trade. Pouncer, Funny Jack and Butcher Tom were among the village's eponymously named gang of rogues. At the height of their powers in 1744 it's reported they sailed three large ships full of contraband into East Sussex and loaded the goods on to 500 waiting horses. The whole village was apparently in on it and the smugglers hatched their plans at pub meets. They made The Oak & Ivy their base and graffiti is still scrawled on beams in the loft, while tunnels are said to have connected The Queen's Inn and Royal Oak. It is at the Queen's Inn that a pair of ghostly legs can sometimes be seen protruding from the fire place. It's thought they belong to a long-dead smuggler who suffocated while hiding from customs officers in one of said tunnels.

As one of the county's oldest ale houses we'd be shocked if not a single ghoul had made this pub home at some point in the past five centuries. It's no surprise, then, that no less than four ghosts have been spotted floating about. The elderly couple seen regularly drinking by the fire place, for instance, aren't among the living, while footsteps of an unknown individual are often heard making their way up the steps from the cellar before stopping, taking off one boot and hurling it down. Mischievous children appear in the inn from time to time and perhaps most disturbing of all is the tale of one of their number, the young son of a previous owner. He was said to have been caught poaching and his father, terrified of the particularly harsh punishment, hid him in one of the walls. One day his parents left the pub, childless.

An ill-tempered poker game is behind this tale. The 14th century inn was once the headquarters of The Aldington Gang, a group of smugglers who brought in goods across the Romney Marshes. One night while waiting for a signal from colleagues some of the gang began playing cards. Violence erupted and one member slit the throat of another. Nowadays the murderer can be heard at night taking the body to the well to be disposed of. Sometimes the sounds of scuffling and a body being dragged outside can also be heard. On an unrelated note nearby Aldington Knoll, from which the smugglers' signal would have been shone if the trivial matter of a murder hadn't got in the way, is said to be the burial place of a giant and author, H.G. Wells said this site was the entrance to 'fairyland'. Just down the road in Bilsington the long since shut Bourne Tap was apparently purchased with smuggling money. A ghost manifesting itself as a severed head scared the curious away.

This 12th century boozer also has a rich history and strong ties to smuggling. It is haunted by two ghosts. One is a Civil War cavalier killed upstairs and his plumed-hatted form is often seen peering through a window and laughing. The second is thought to be the wife of a former landlord. She can be heard playing the piano in the private quarters.

Pluckley's title of England's Most Haunted Village means, according to the owner's of the Black Horse, that it must therefore be one of the most haunted pubs in the country and at the very least the most haunted in Kent, and who are we to argue? Back in 1989 the people at Guinness World Records awarded the picturesque rural settlement Most Haunted status and officially recorded it as being home to 12 ghosts, although some claim there are 16. It's unclear exactly how they settled on the lower figure but the list includes the spirit of an old lady who, drunk on gin, inadvertently torched herself while trying to flog watercress (The Watercress Woman), a highwayman reportedly pinned to a tree by a sword and a screaming man who fell to his death at a brickworks. The pub itself was built in the 1470s and has since collected two ghouls. One poltergeist is known for moving glasses and belongings which can go missing "for days on end", while punters have also felt and seen the presence of a small boy. It is, however, hard to find much back story for either.

Is a prawn cocktail crisp-pilfering phantom called Gilbert haunting this Canterbury pub? That was the theory advanced by the ex-landlord's daughter following a series of spooky goings on captured on camera in 2017. Umbrellas opened, shadows passed doors and chairs slid all over the place during one eventful summer at Tyler's Kiln. Alongside Gilbert the ghost of a mechanic was suggested as the culprit.