Parts of Kent are waking up to the white stuff this morning.

Yesterday the Met Office issued a yellow weather warning for snow and ice and warned motorists to take extra care on Kent's roads.

Scroll down for gallery

The alert, which covers most of the county, is in force until 2pm today as the band of heavy snow moves eastwards.

The weather service says as well as travel delays and the risk of vehicles becoming stranded, delays and cancellations to rail and air travel are possible.

Rural communities could become cut off and there could be power cuts.

Kent County Council Highways tweeted to say its fleet of 64 vehicles were out gritting the roads at around 5am in preparation.

All major roads have been treated. 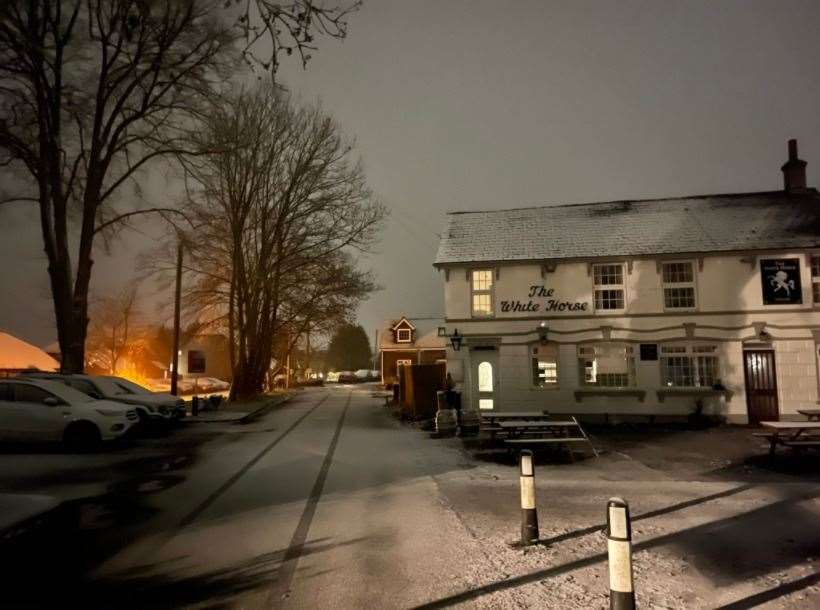 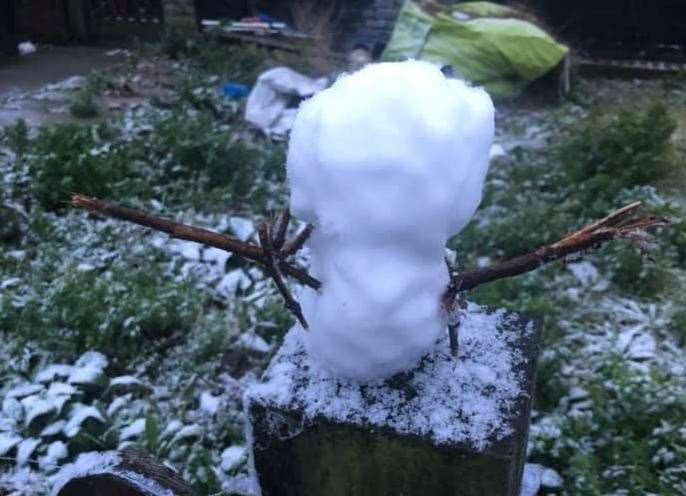 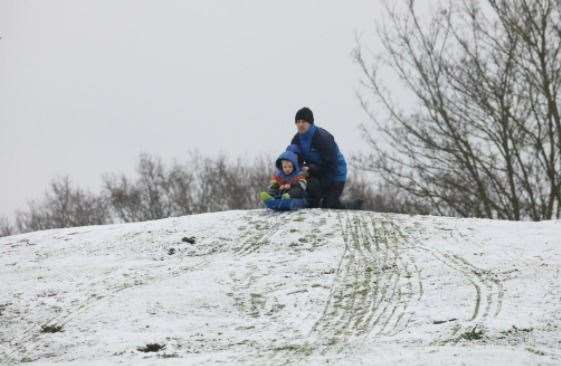 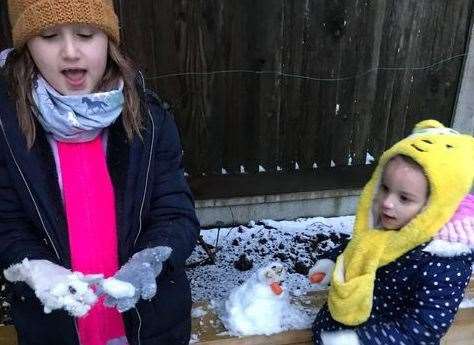 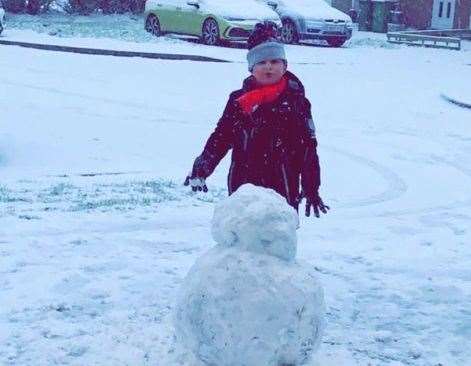 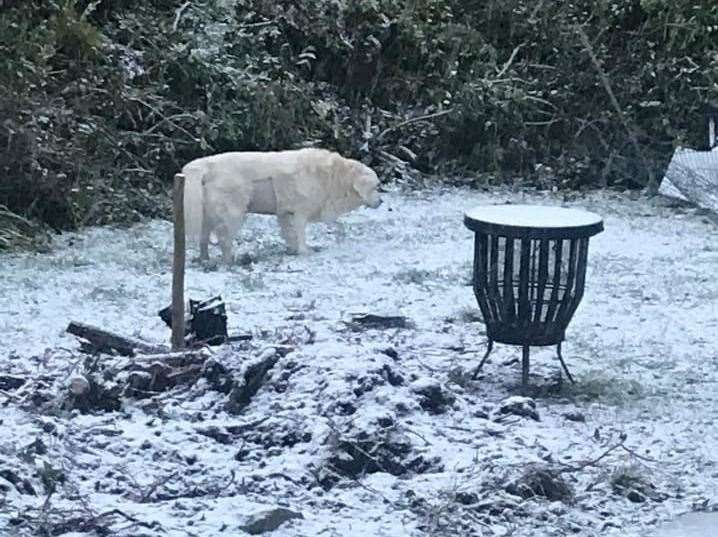 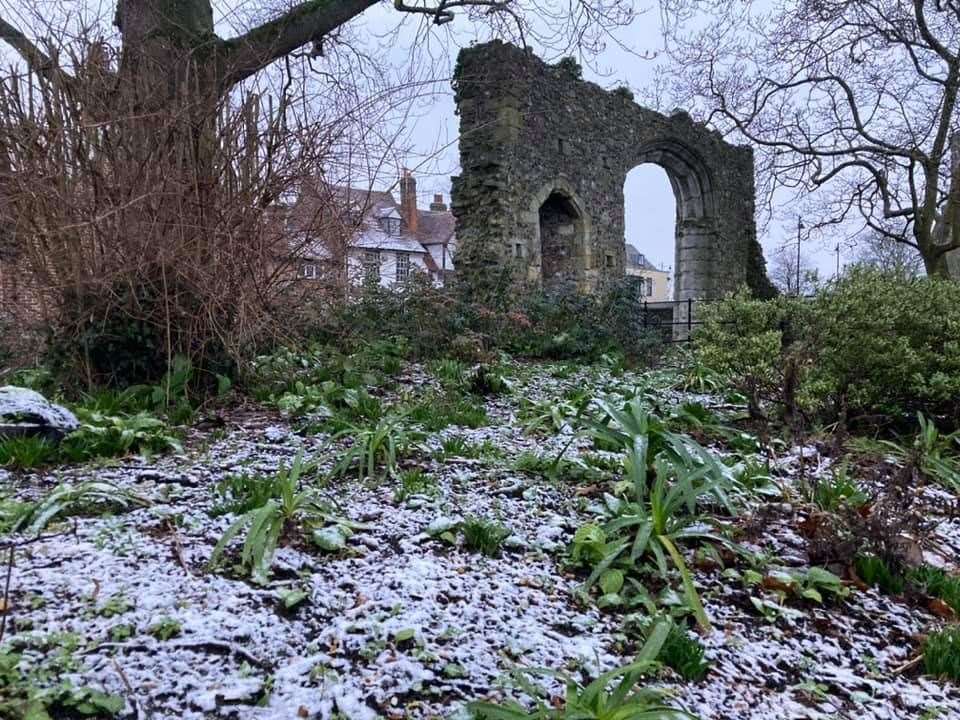 Ramsgate got a light dusting, but resident Stacey Anne said it was enough to keep her children entertained. She said: "My two (four and six) are so happy I thought they'd burst."

And in Margate Abbie Small posted a picture of a tiny snowman her children had made.

The temperature will feel like a freezing -5°C this morning but it is set to warm up this afternoon, with some sunny spells and highs of 7 °C.

The snow had been forecast for north and central Kent, with the exception of the south coast and eastern tip of the county, with Thanet, Dover and Folkestone supposed to miss the showers.

However, just five miles from Folkestone, Lyminge got a deep covering of the white stuff overnight.

And it seems Medway missed out, while Thanet did get a light dusting.

A police spokesman said: "Driving in wintery conditions can be hazardous. We are reminding motorists to take extra care on Kent's roads. Make sure you're prepared for the conditions and avoid driving unless essential.If you do need to travel, allow plenty of extra time for your journey."

Earlier this week Kent was battered by heavy rain which caused havoc across the county.

Send your snow pictures to multimedianews@thekmgroup.co.uk.