Once a rising star in the Conservative party, the demise of former Dover and Deal MP Charlie Elphicke as a political force has been dramatic.

Following this afternoon's guilty verdicts on three counts of sexual assault we take a look at the history of the disgraced Tory.

Elphicke was suspended from the Conservative Party on November 3, 2017, when it emerged serious, but at that stage unspecified, allegations had been made against him.

The father-of-two had the whip restored 13 months later before Theresa May's confidence vote but it was removed again in July 2019 when he was charged with three counts of sexual assault.

In a surprise move, his wife, Natalie, stood in his place at the General Election in December last year, becoming the constituency's first woman MP.

Sitting in court listening to details of his private life being picked apart would have been a far cry from when he stood in front of cheering supporters having won the Dover and Deal seat for the first time in 2010.

He had beaten Labour's Gwynn Prosser, who had been the MP since 1997. Elphicke's majority was almost 5,300.

Privately educated and living in London, where he worked as a tax lawyer, opponents scoffed at his appointment - some saying he was an "odd" choice.

He had been a research fellow of the Centre for Policy Studies, a Tory think tank, deputy chairman of the Cities of London and Westminster Conservative Association and chairman of Knightsbridge and Belgravia Conservatives.

One previous attempt at getting elected as the Tory candidate for St Albans in the 2001 General Election ended in failure.

On being selected to contest Dover and Deal, the sailing enthusiast said: "I am in politics because I care passionately about opportunity and prosperity."

He successfully helped oppose the sale of the Port of Dover and campaigned for improved train services, particularly for Deal, helping to gain access to the high-speed line for constituents.

He lists stopping the sell-off as among his proudest achievements.

As a back-bencher, his potential was spotted during David Cameron's tenure as PM and he was promoted to be Parliamentary Private Secretary (PPS) to the Minister for Europe David Lidington.

He went on to fulfil the same role for Iain Duncan Smith, the then Secretary of State for Work and Pensions.

Elphicke, who supported the building of the £24 million Buckland Hospital in Dover, was re-elected in 2015, increasing his majority to nearly 6,300.

Following the election, he was appointed as a Government whip. But he was stood down when Theresa May became Prime Minister the following year, despite helping with her leadership campaign. 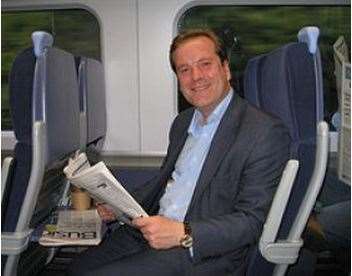 In the run up to the Brexit referendum, he campaigned to remain in the EU, which put him at odds with constituents, with 62.2% voting to leave.

He said backing remain had been a "very difficult decision to make" but he felt the UK could not risk losing the Le Touquet agreement with France, which allowed British immigration officials to carry out checks in northern France, rather than Dover.

In June 2017, he extended his majority once again, this time to just over 6,400, but while he had a comfortable win, just five months later life was to become particularly uncomfortable, as news of the allegations was revealed.

He maintained his innocence from the outset.

With the party whip removed, he continued to work on behalf of constituents and in June 2018 he was congratulated for his part in campaigning for Robert's Law, new guidance that reclassified the drug fentanyl, which had killed the son of constituent Michelle Fraser, as Class A.

Despite initial confusion over whether he would stand in last year's General Election, with his website at one stage declaring he was the candidate, he eventually stood aside.

In September last year, appearing at Westminster Magistrates' Court, he denied three charges of sexual assault, one on a woman in 2007 and two on another woman in 2016.

At Southwark Crown Court, he told the jury his marriage to Natalie "hangs by a thread" after admitting being unfaithful to her. Today he was found guilty of all three charges.